Right after breakfast, I headed out to the southeast of Awajishima near Yura village where my first destination lies for the day – Oishi Park on Mount Oishi. After a wrong turn close to the destination, I was led by few signs towards few parking areas. I first parked at the “First Parking Lot” with no other cars in sight.

Oishi Park (生石公園) which is part of the Setonaikai National Park, was a site of the previous Yura Fortress built in 1861 in which the remains of batteries can still be found. Between the Meiji Era and World War II, the Yura Fortress served to protect access to Osaka Bay through the Kitankaikyo which separates Awaji Island and Wakayama. Other batteries can be found on Tomogashima / Okinoshima, though access is only possible through Wakayama.

With fear of finding dead bodies (yes, it felt very deserted), I headed to the observatory which gives a great view of Osaka Bay and the Kitan Strait. Oishi Park is also known for its plum trees with over 260 over plum trees in the plum garden. 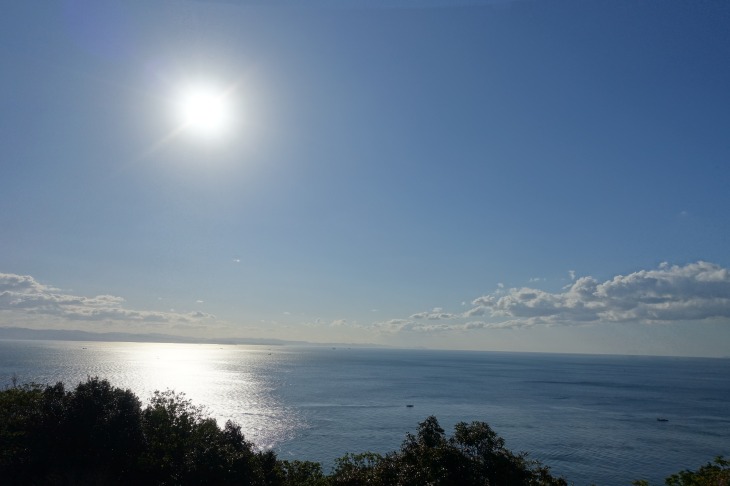 Next, I headed to another parking lot with a shrine – Izushi Jinja nearby which had an elevated pathway to walk to another observatory. After taking a look at the shrine which is dedicated to Amenohiboko-no-mikoto (kami of maritime safety and fishing), I heard a sound from the bushes below the elevated walkway and saw a wild boar. I panicked and ran towards my car and decided to leave the place. Thinking about it now, it could have been karma from feasting on wild boar meat the previous night. Plus the fact that earlier that morning I visited Senkoji which had its origin around the Goddess of Mercy manifesting herself as a boar.

Driving back down, I decided on turning right instead of left (where I came from) as there were signs towards other observatories, which was a good decision. I came upon another lookout which had a great view of the Kitan Strait and the Tonogashima Islands, added with lovely susuki (pampas grass). 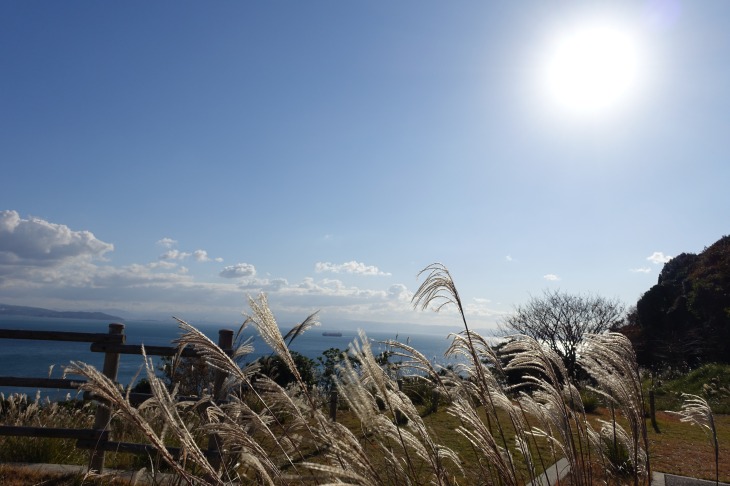 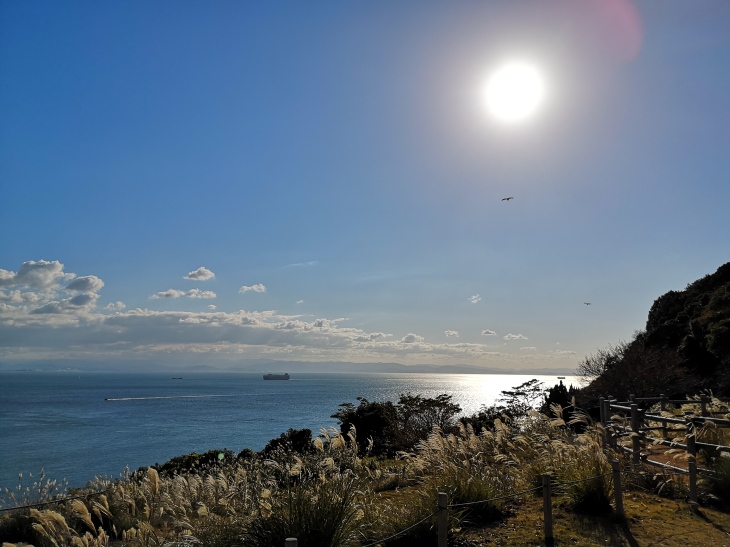 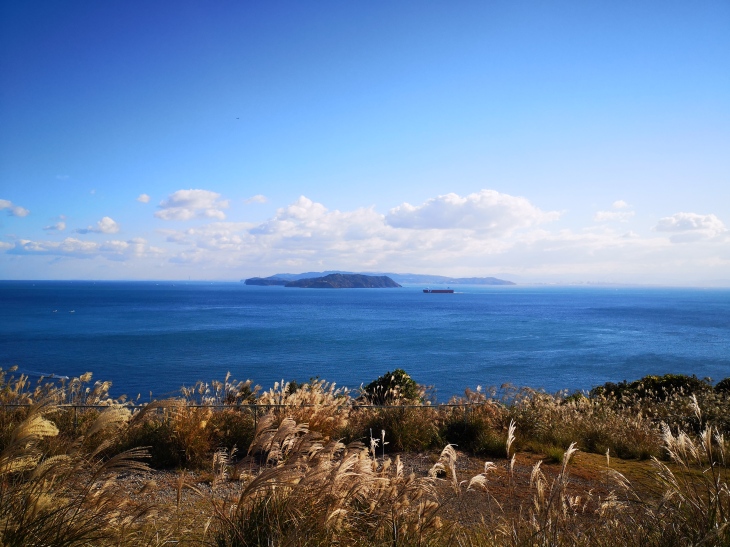 Oishi Park is also said to be a good spot to see the sunrise – I supposed with the sun looking like that in the morning, it should be spectacular.

If you are driving, the park is about 30-minutes away from Sumoto Bus Terminal.