Awajishima which is part of Hyogo Prefecture has a deep connection to kuniumi, the birth of Japan according to Japanese mythology; being the first island among the 8 large islands created by Izanagi and Izanami.  We will explore more on that in my future post on Izanagi Shrine, but for now lets look at my first stop for the day – the Senzan Senkoji Temple.

Senkoji (千光寺) was said to be built in year 901 on top of Mount Senzan, a mountain which was said to be the first mountain created when Awajishima was created by Izanagi and Izanami. The name “Senzan” itself meant “first mountain”, tying-in to this myth. The mountain is also known as Awaji’s Fuji by the residents of the island.

From the car park, I first passed a number of wooden shops which looked abandoned, going up a staircase. Though there was a clear absence of humans, I was sure someone was around as the stairs were cleared of fallen leaves. Though the appearance of spiders here suggests otherwise. 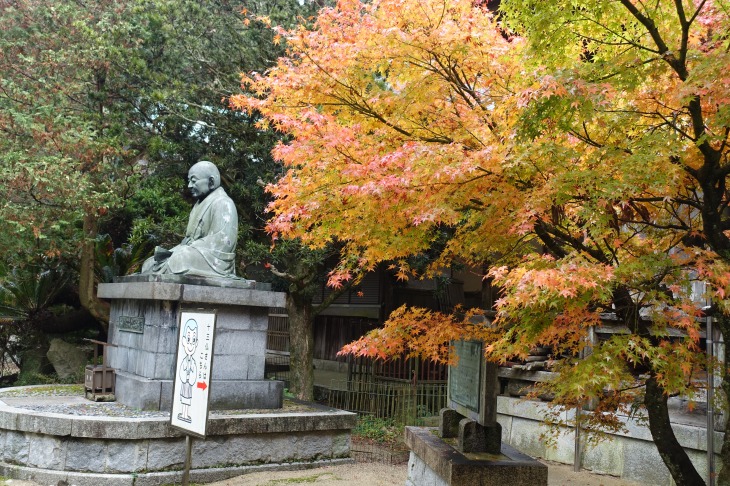 Another stairway leads to an observation deck which is said to provide a good view of the island, known as Sumoto Hakkei, the 8 Sceneries of Sumoto. Overgrown trees were obstructing the view though. I moved on to the next flight of stairs to the main area of the temple with a growing sense of eeriness. 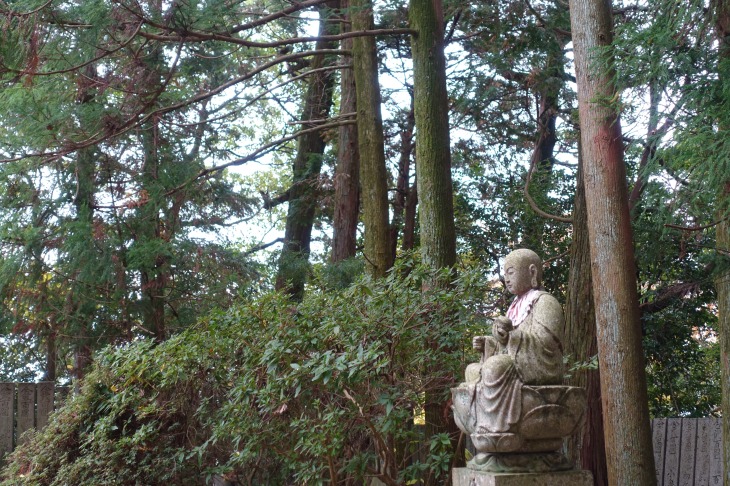 I was expecting to see more visitors in this temple due to it being a pilgrimage site, but I was all alone on this day. Too early maybe? 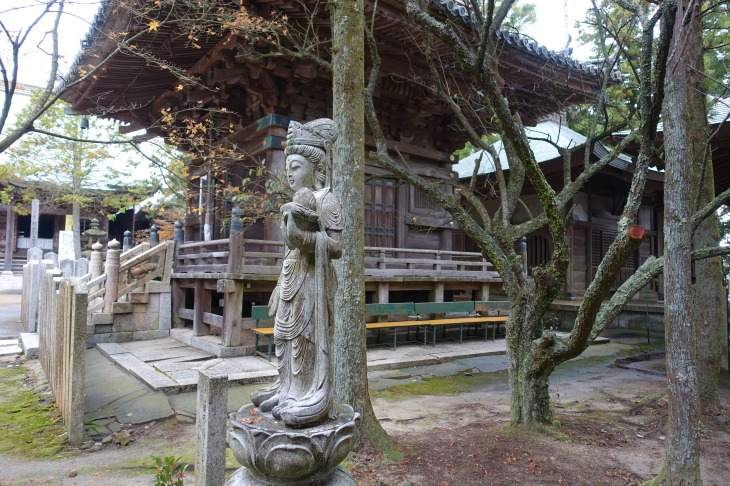 Just below the top of the mountain is Iwato Jinja which enshrines Amaterasu, the sun goddess in the Japanese mythology who was born when Izanagi washed his left eye in the process of purifying himself after entering Yomi, the land of the dead in search of Izanami after her death.

There are no trains whatsoever on Awaji Island, so if you are opting for public transportation, a bus or boat would be the best way to reach this island.