Walking north from Gioji, I walked through the Saga-Toriimoto Preserved Street on my way to Adashino Nenbutsu-ji.

The Saga-Toriimoto Preserved Street, as you would guess from the name, is a preserved street – from the Meiji period. Lined with traditional machiya (town houses), which are now converted into shops and restaurants, the street offers a historic glimpse of a merchant town in the Meiji period. 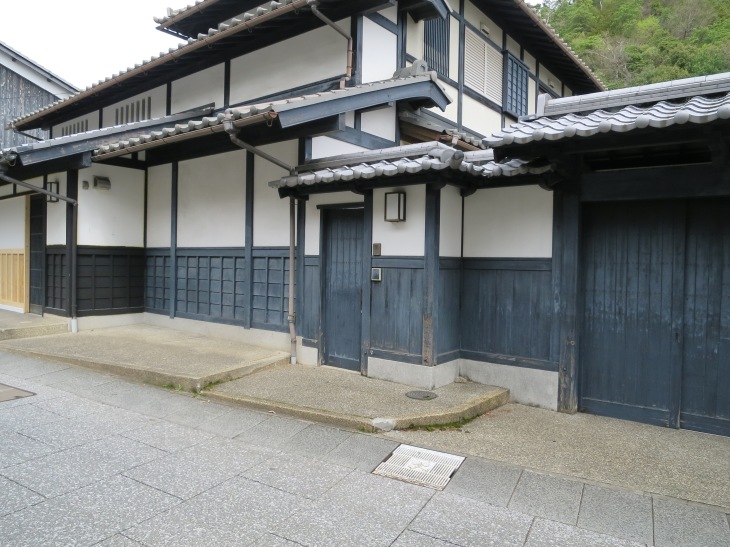 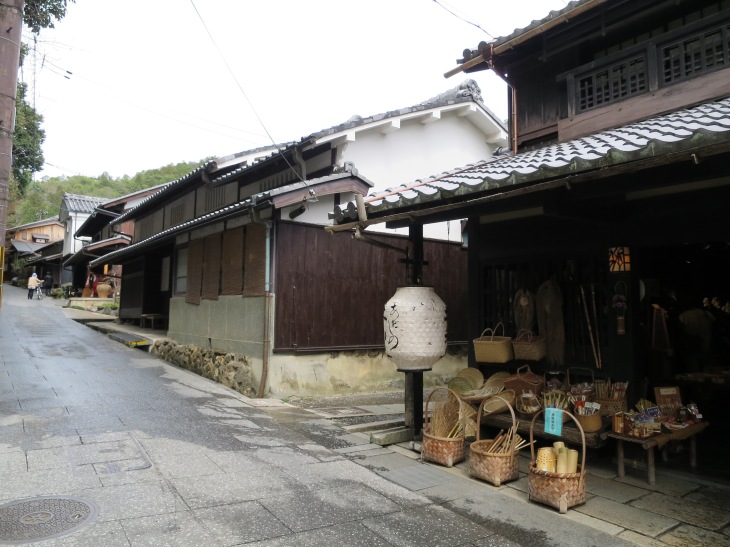 The walk was short and in less than 10 minutes, I was already entering Adashino Nenbutsu-ji, a Buddhist temple / cemetery.

In the past, this area was a large cemetery, however bodies are not necessarily buried, some were even abandoned here. Thus, it was more like an open burial field. Those who were abandoned here were poor, without families, and could not afford a burial. Reminds me of the scene where Kenshin (from Rurouni Kenshin) was burying the dead slavers when he was small (when he met Hiko Seijuro). 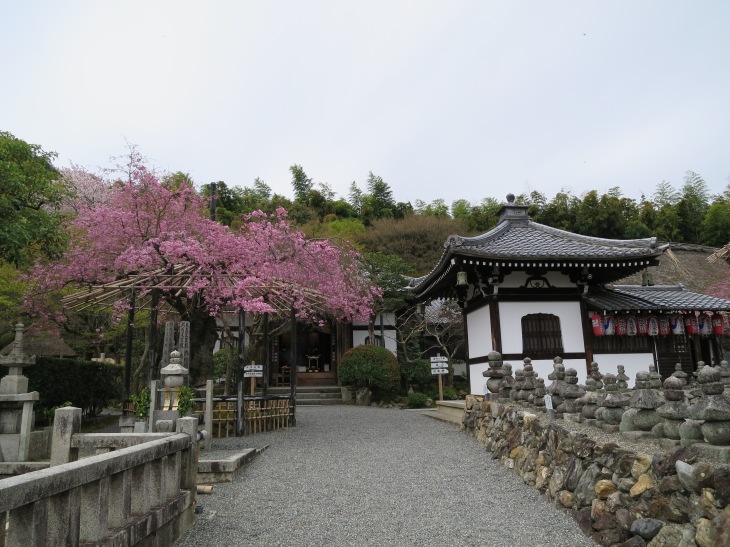 During the Meiji period, through the efforts of the residents and officials, the tombstones were gathered in today’s Adashino Nenbutsu-ji. On the 23rd and 24th August every year, Sento Kuyo is held where monks recite sutras for two nights and the statues are lit with candles. Today, there are more than 8,000 statues here.

This temple also has a small bamboo grove, and the plus to this compared to the one in Sagano? You can take a picture without anyone in the frame – less crowd.

The temple is also a famous spot among the locals during autumn for the fall foliage – see here for pictures. 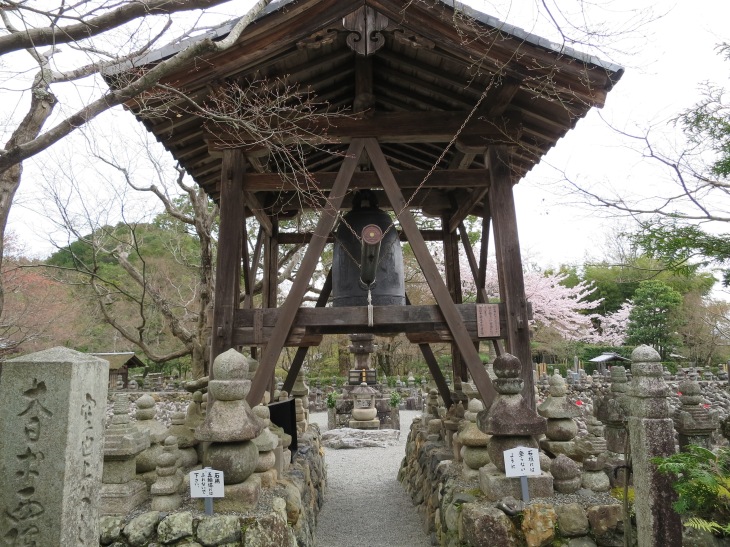 Next was an uphill walk towards Otagi Nenbutsu-ji, about 15 minutes away. The Saga-Toriimoto Preserved Street continues here, offering picturesque views of machiyas and thatched-roof buildings. 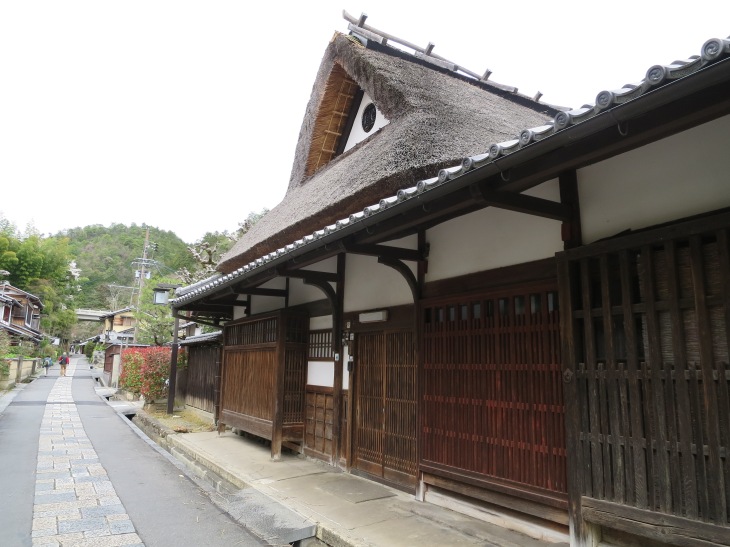 Most of the thatched-roof buildings are restaurants serving Kaiseki Kyoto-cuisine, a luxury my purse could not afford. 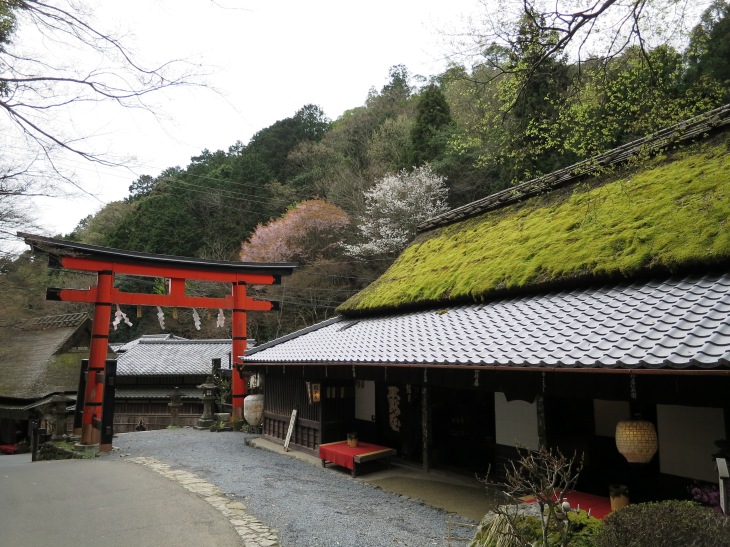 Otagi Nenbutsu-ji was originally built in the Higashiyama area by Empress Shotoku, but was lost in a flood from the nearby Kamogawa river. The temple was later rebuilt in north-east of Kyoto, however was neglected to the point that only three structures remained – the main hall, the Jizo hall and the main gate. Later on, in an effort to preserve the temple, they decided to move the remaining structures to the current location. Another misfortune followed in 1950 when the temple was hit by typhoon.

Kocho Nishimura, a new priest appointed in 1955 who was also a Buddhist statue sculptor had the idea of letting visitors carve their own statue under his guidance. These statues are called rakan statues, representing Buddha’s disciples. The temple has 1,200 of these statues.

In contrast to the solemn atmosphere at Adashino Nenbutsu-ji, Otagi Nenbutsu-ji’s statues are amusing. It is amazing how they were well-made considering that they were sculpted by amateurs.

The Jizo hall enshrines the Hiyoke Jizo Bosatsu, to protect against fire.

The entrance fee is just 300 yen, and worth the visit to see these humorous looking statues.

I headed back by bus, the bus stop is just opposite of Otagi Nenbutsu-ji.

I have read other blogs in which they started at Otagi Nenbutsu-ji and went downwards towards the main Arashiyama area. As the buses around here are not as frequent as those in central Kyoto, be sure to plan ahead to avoid long waiting times. Nonetheless, you can always walk.

Ever thought about getting a Nationwide JR Pass

? Head on over to Klook for one of the easiest and cheapest ways to obtain the Exchange Order.