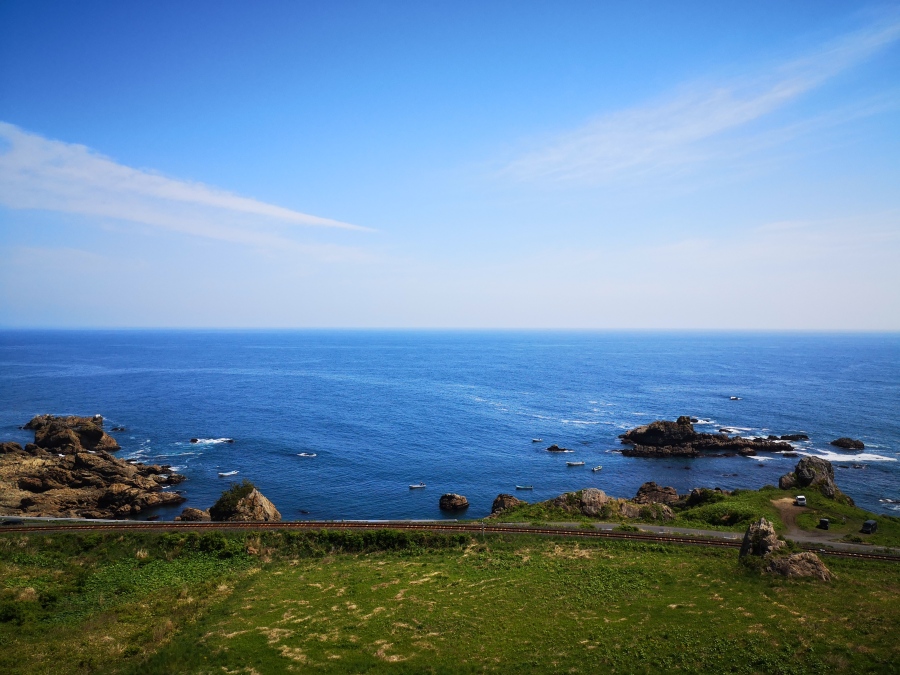 The Michinoku Coastal Trail is a 700km trail along Japan’s Pacific coast stretching from Hachinohe in Aomori Prefecture to Soma in Fukushima Prefecture in the Tohoku Region. Tohoku Region was once known as the Michinoku Region with michinoku roughly translating to “the end of the road”, which is how the name came about. The Tohoku Pacific Coast was the frontline of the tsunami that followed the 2011 Great East Japan Earthquake. The newly constructed trail was part of the efforts to revitalize these areas with large parts of the trail being part of the Sanriku Fukko (Reconstruction) National Park.

From Same Station, I walked a short 1.3km to Kabushima Island, in which the shrine is currently under construction as it was burnt down in a fire in 2015. The highlight of the island though are the black-tailed gulls or umineko “sea cats” in Japanese, with Kabushima Island being a breeding ground. From March to August, there are about 30,000 to 40,000 black-tailed gulls here. Seeing the amount of bird droppings on the grounds, you might want to think twice about bringing an umbrella. Fear not though as it is said that having one dropped on you can be a sign of luck as the “un” for poo can also be heard as luck. Bear in mind that the stench can be horrendous in certain parts of the island.

Kabushima Shrine was founded in 1269 by a local fisherman to pray for a good catch and safety in the sea. The black-tailed gulls are associated to Benzaiten, one of the seven gods of fortune known as the goddess of wealth and good fortune, who is worshipped in Kabushima Shrine. Kabushima Shrine is also associated to good fortune in the stock market and thus is often frequented by investors and those alike, due to the word kabu which also means stock. The shrine was even visited by the Nanbu Clan who ruled the Morioka Domain during the Edo period.

In the month of May and June, you can see rapeseeds blooming on the island.

From Kabushima Island, I walked along the trail and went for a slightly off-the-coast detour to Samekado Lighthouse, a chalk-white lighthouse built in 1938.

The 22.73m lighthouse can be entered on the opening days (detailed at the end of this post) and from the observation deck you can get a good view of the beautiful Tanesashi Coast and the Pacific Ocean. Catching a glimpse of the JR train running along the coast would have been perfect. 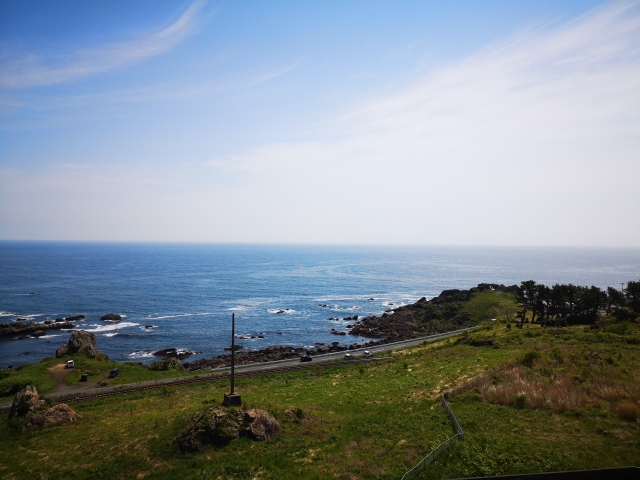 That’s it for now. The continuation of this hike will be published next week.

The start of this trail – Same Station can be accessed via the JR Hachinohe Line. It takes only 25 minutes (240 yen) from Hachinohe Station to Same Station. If you are not keen on walking and just want to visit certain spots along the trail, you can take the one-coin umineko bus which runs from Same Station to Tanesashi Kaigan Station everyday between mid April to mid November (only during weekends and holidays in winter). The bus details are in this page including the timetable.