Though smaller in size compared to the neighboring Hama Rikyu, Kyu Shiba Rikyu (旧芝離宮) made me understand why one would want to purchase an annual passport to enter these gardens. 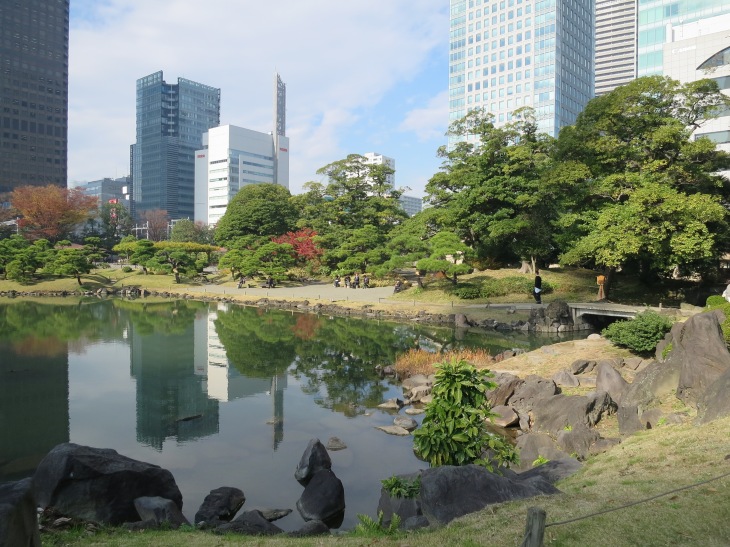 The garden is one of the only two surviving Edo gardens of daimyo (feudal lords), the other being the Koishikawa Korakuen Garden. The garden is of the kaiyu-style (circuit style), featuring a central pond with multiple rock formations.

The site of the garden was first used as the official Edo residence for Okubo Tadatomo, who was roju (elder) during the reign of Tokugawa Ietsuna (4th Tokugawa Shogun). Tadatomo invited a garden designer from Odawara clan and the garden was named Rakujyu-en. 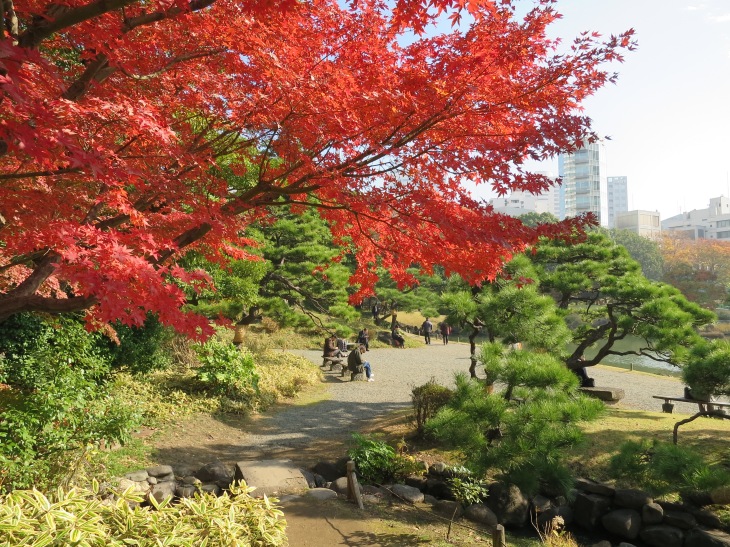 The garden was also the Shiba residence of Kishu-Tokugawa branch family in the last days of the Tokugawa shogunate’s rule. In 1871, it was the residence of Arisugawa-no-miya family, a branch of the imperial family and was later bought by the Imperial Household Agency in 1875. The following year in 1876, the garden became Shiba-rikyu (Shiba detached palace).

The trees and structures of the gardens were all lost in a fire following the Great Kanto Earthquake in 1923 and was donated to the Tokyo City in 1924 in commemoration of the wedding of Emperor Showa. The garden was officially opened as Kyu Shiba Rikyu Onshi Gardens after restoration works.

Seiko-no-tsutsumi is a stone-made mound designed after Xi Hu Lake (West Lake) in Hangzhou, China. The stone formations around Nakajima is as it were from the days of Okubo Tadatomo.

Oyama is the highest man-made hill in the garden giving a great view of the garden.

Dai-Sensui is the central pond in the garden which was previous a salt water pond sourcing the water from Tokyo Bay. Now it is a freshwater pond with two islands Nakajima and Ukishima.

The backdrop of skyscrapers around the garden gives a great contrasting view against the Edo style garden, though not as great compared to that seen in Hama Rikyu. 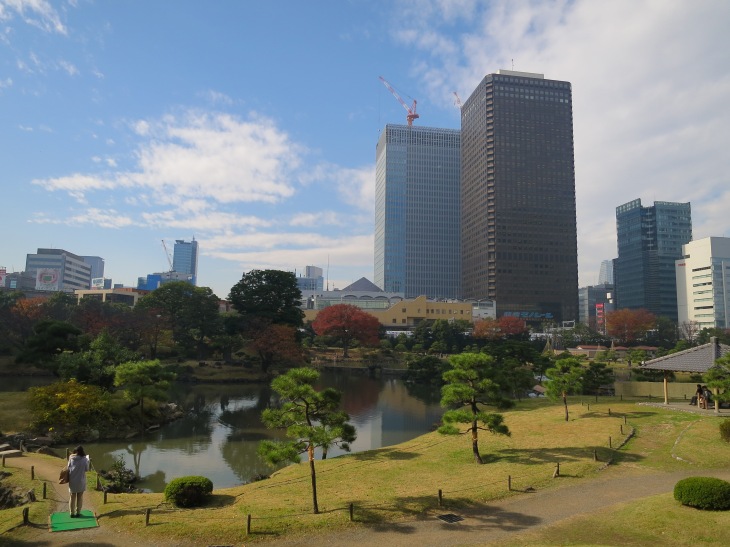 Wisteria also blooms in the garden in early May, and makes a good spot for a quick lunch.

See the flower calendar for info on the flowers blooming in the garden all-year round. 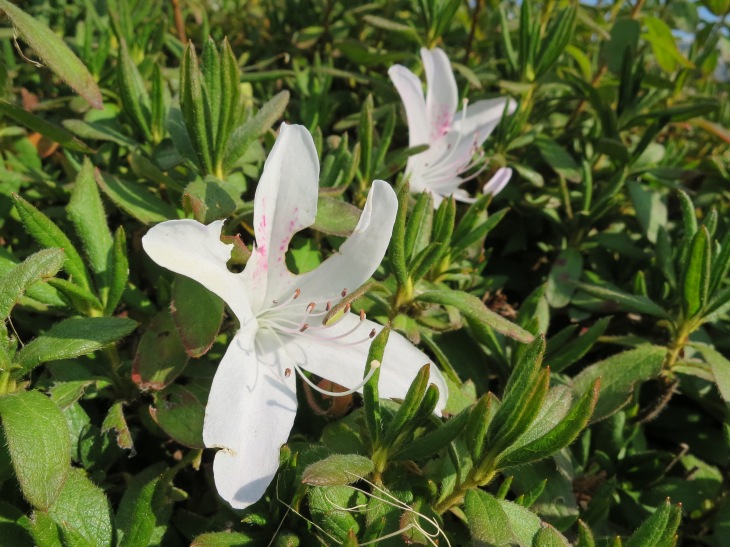 The garden is not the best spot to catch autumn leaves but you can still find fiery red leaves in the garden, good enough for office workers taking a break at this oasis.

A combined visit with Hama Rikyu, which is just 11 minutes away on foot is recommended. Kyu Shiba Rikyu is also located right next to the World Trade Centre Building.