Sorakuen (相楽園) is a stroll garden built on the residence of Taijiro Kodera, father of former Kobe City Mayor – Kenkichi Kodera and was completed in 1911. The garden was previously called The Kodera Residence or The Sotetsu Garden and was only given the name Sorakuen when it came under the ownership of Kobe City.

Sorakuen consists of a stroll garden around a pond and a number of western buildings reflective of the Meiji Era. However, most of these buildings perished in the air-raid during WWII, leaving only an European-style stable – the Kodera Stable which was constructed by Kenkichi Kodera himself in 1910. A number of important buildings were later moved to Sorakuen – the former Hassam House and the houseboat Funayakata. The garden is adorned by cycad wood, large camphor trees in which some are over 500 years old, azaleas and maple trees.

The Former Hassam House built in 1902 was the residence of K. Hassam, an Anglo-Indian trader and was originally located in Kitano-cho but was moved to Sorakuen in 1963 upon donation to the city. Displayed in the front yard is a chimney which dropped from the roof during the Great Hanshin Earthquake in 1995.

Even though Kobe attracts a large number of tourists, I was surprised at how less-crowded the garden is even though it was a Saturday. Although, as it was the weekend following Shichi-go-san (rite of passage day for 3 & 7 year-old girls and 5 year-old boys), there were a number of photography shoots going on in this garden on that day. I am not surprised by the choice – Sorakuen gives the perfect background typical of a Japanese garden.

The Funayakata was a kawagozabune which was originally part of a houseboat used for pleasure cruises by a Himeji daimyo and was said to be built between 1682 and 1704. The current building is a reconstruction dating back to 1980 and is the last kawagozabune in existence. The beautifully decorated building, surrounded by the beautiful green nature of Sorakuen calls for appreciation.

Also seen around the pond is the Kanshintei, a teahouse reconstructed after it was burned down along with the main hall and Yushintei tea house during the war. During the stroll, you would notice that there are a number of stone lanterns around Sorakuen – 27 to be exact.

I was here during the Chrysanthemum Exhibition (held yearly between Oct 20 to Nov 23) and though I was initially not a fan of these flowers, I came to appreciate the unique beauty of chrysanthemums thanks to this exhibition. If you are here in spring, look forward to the over 4000 varied azaleas which blooms between early April to early June (details below). 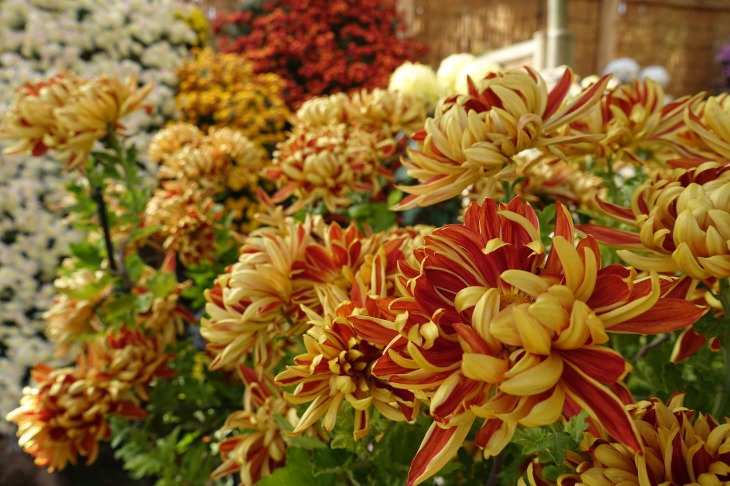 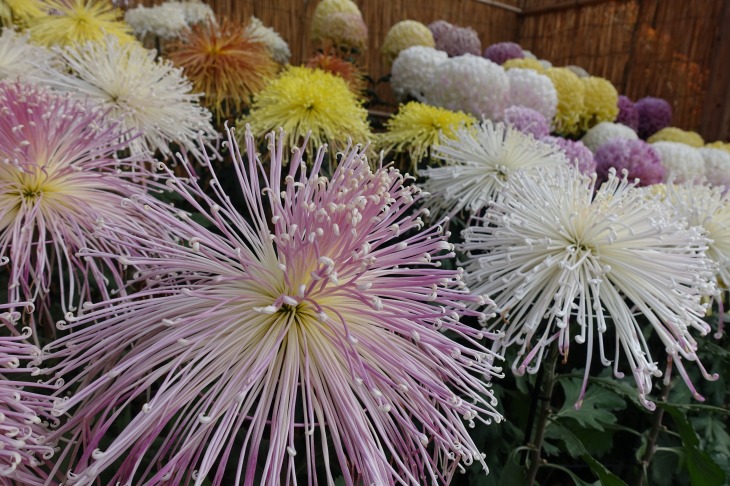 The Hassam House and the Funayakata are only open to the public during the azalea season and the Chrysanthemum Exhibition between 09:00 to 16:30.

How to get to Kencho-mae station:

How to get to Motomachi station: