I was not exactly thrilled (the pictures I saw online did not help) about visiting the Kyoto Imperial Palace (京都御所, Kyoto Gosho), but since it now (since July 2016) can be accessed without joining the tour (previously you had to join a tour to access the palace) and as I was staying nearby, I decided to include this on my itinerary. Well, though entries are not permitted into the buildings (unlike Nijo Palace), I surprisingly enjoyed my visit here, mostly thanks to the serene Japanese garden and the spacious autumn scenery in the Kyoto Imperial Palace Park (京都御苑, Kyoto Gyoen).

The Kyoto Imperial Palace is the former ruling palace and residence of the Emperor (since Kyoto was the capital then), until the Meiji Restoration in 1869, when the Emperor moved to the Tokyo Imperial Palace, making Tokyo the capital of Japan. The present site of the palace was initially a temporary residence (when the inner palace was destroyed by fire), and has served as the imperial palace since the enthronement of Emperor Kogon in 1331 for 500 years. The Kyoto Gosho was repeatedly reconstructed due to fire outbreaks and the current structure dates back to 1855. After the Meiji Restoration, the palace was still used for the enthronement ceremonies for Emperor Taisho (31 August 1879 – 25 December 1926) and Emperor Showa (April 29, 1901 – January 7, 1989). 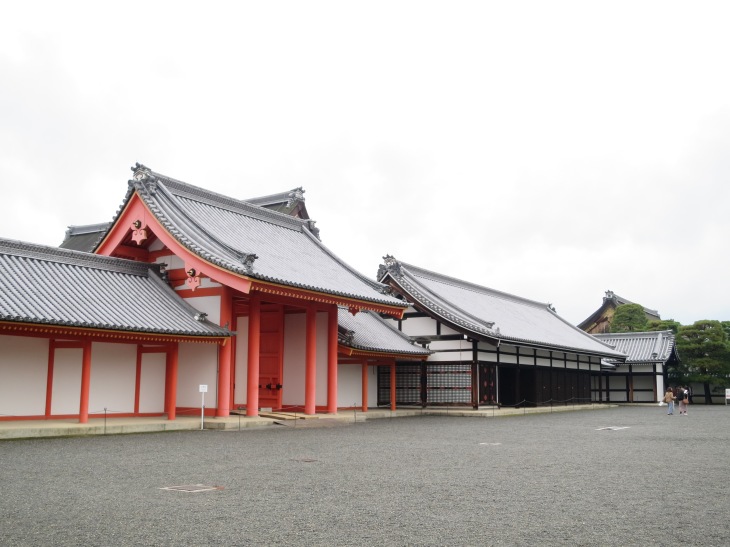 Lets look at some of the grand structures in the palace.

First is the carriage / palanquin porch (Okurumayose), reserved for emissaries of the Shogun and other high ranking nobles.

There is also another newer carriage porch, Shinmikurumayose, which was used during Emperor’s Taisho enthronement.

Next is the anterooms, Shodaibu-no-ma, three waiting rooms in which guests are allocated to according to their ranks.

These are the “Room of Tiger” (for the most important guests), the “Room of Cranes”, and the “Room of Cherry Trees”, clearly based on the paintings on the fusuma (sliding door). The carriage porch can be used for those allocated to the Room of Tiger or Room of Cranes, while those entering the Room of Cherry Trees are to access the room directly from outside. Sorry for the horrible pictures, can’t really see the paintings here with the reflections on the glass panel.

One of the main entrances, Kenreimon is used for state ceremonies, in which the guest would next pass the Jomeimon vermilion gate, which leads them to Shishinden.

The Shishinden (State Ceremonies Hall) is the most important building in the palace, in which the enthronements of Emperor Meiji, Taisho and Showa were held. Inside the hall is the Emperor’s Throne and the Empress’ Throne, made in 1913 for the enthronement ceremonies of Emperor Taisho, Showa and the current emperor. Emperor Akihito was not enthroned in Kyoto Gosho, but these thrones were brought to Tokyo Imperial Palace for the enthronement. On the sides of the building are the Sakon no Sakura tree (seen in picture below) and the Ukon no Tachibana orange tree (covered by the construction).

Kenshunmon is another gate in the outer courtyard, located next to the grounds where Kemari, a traditional game dating back to the Heian period was played.

Further is the Seiryoden, Hall for Rites and Rituals, once used as the Emperor’s living quarters in the 10th century. When the Otsunegoten imperial residential quarters was completed in 1590, the hall was mainly used for rites and rituals.

Kogosho, built during the Kamakura period was used during the Edo period for ceremonies and imperial hearing with the ruling samurai class. This building has a historical significance of holding the discussion on dealing with the Tokugawa Shogun following the Meiji Restoration. The current structure was burnt in 1954, and reconstructed in 1958.

Another building is the Ogakumonjo, separated from Seiryoden in 1613 and used for academic events and poetry gatherings. The Decree for the Restoration of Imperial Rule was issued by the Meiji Emperor here in 1867.

Last but not least is the imperial residential palace, the Otsunegoten, which was initially part of Seiryoden but was separated in 1590.

My favorite part of the palace is of course the Oikeniwa Garden, a strolling garden featuring a large pond and the Keyakibashi bridge. I think the garden is underrated, what say you?

Gonaitei is the Emperor’s private garden, another lovely garden in the palace. 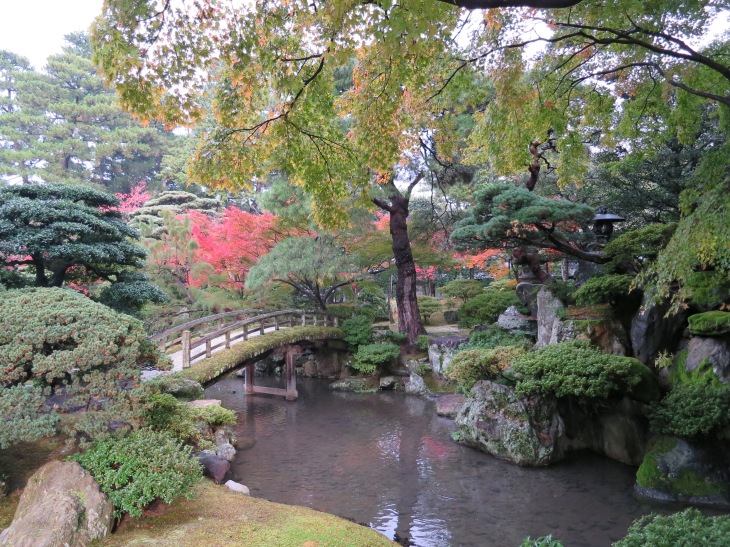 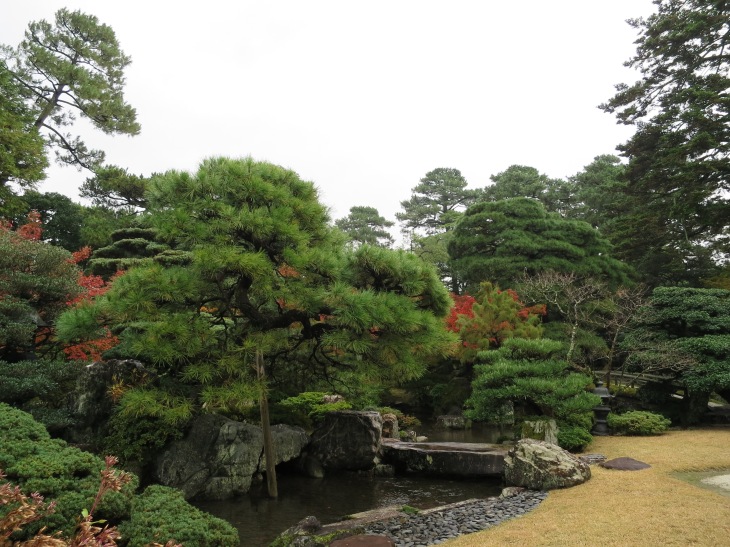 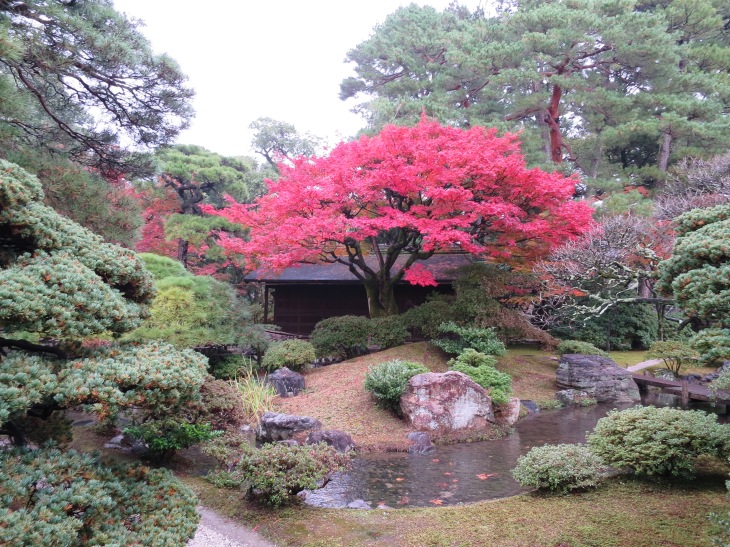 Last entry is 40 minutes before closure