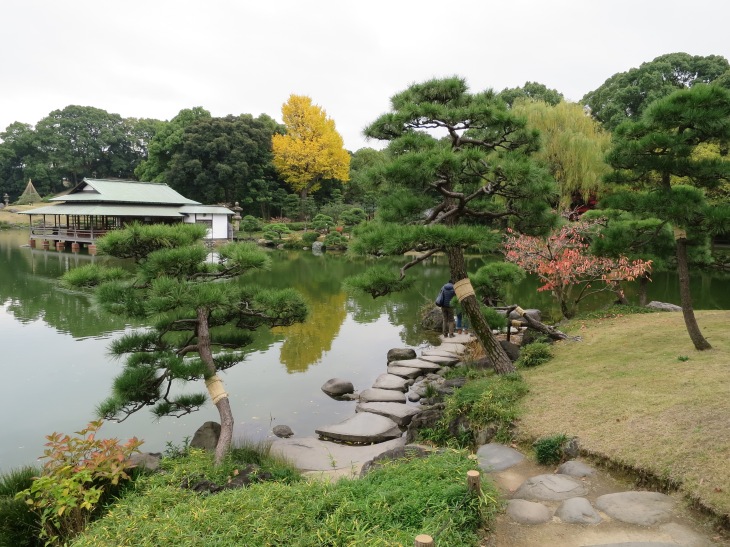 I love Japanese gardens. In my recent autumn trip in Tokyo, I went to 5 different gardens (No, lets not count how many gardens attached to temples I went to). And you’d think I’d be bored by the 5th garden, I wasn’t. I went into the 5th garden thinking, “Oh, maybe you will actually get bored, Jennifer”. That thought disappeared the moment I stepped into the garden, as if it was never there in the first place. I was back to being the girl who spent hours in a garden. Yes, that’s how much I love them. 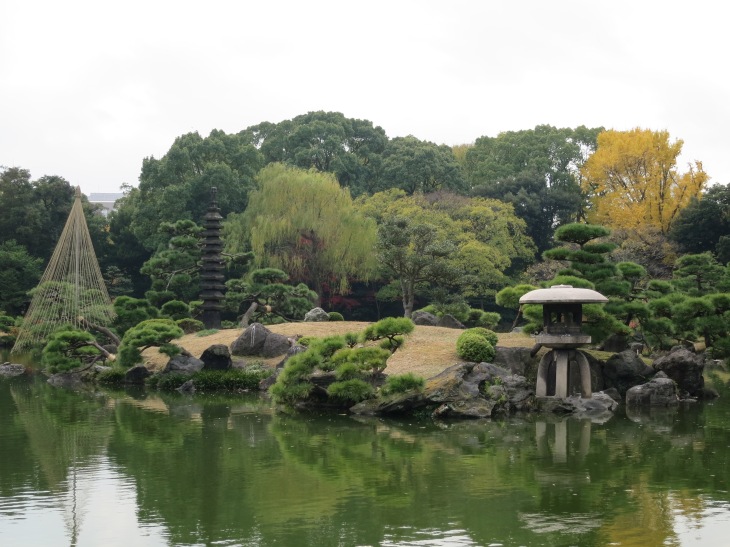 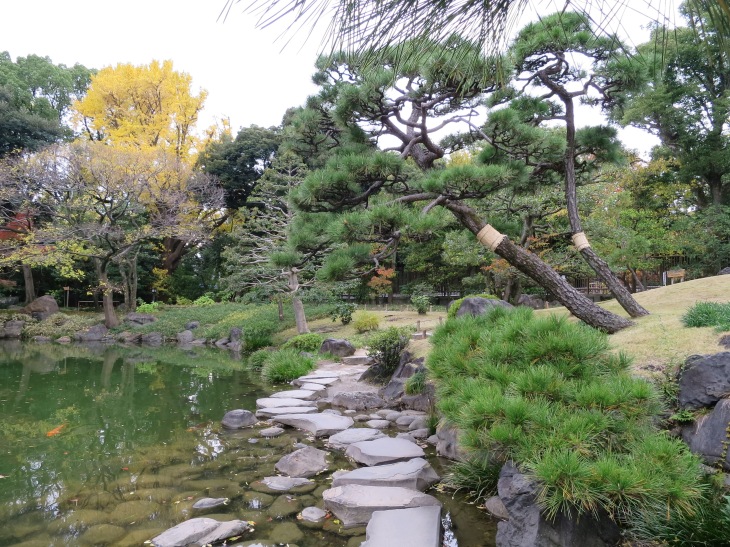 The first garden I visited during this trip is the Kiyosumi Gardens or Kiyosumi Teien (清澄庭園). The garden was thought to be the site of former residence of famous Edo merchant Kinokuniya Bunzaemon. It was the residence of the Kuze clan, Daimyo of the Sekiyado domain (today’s North of Chiba and South of Ibaraki) during the Kyōhō era (1716-1736). It was then that the garden was first formed. 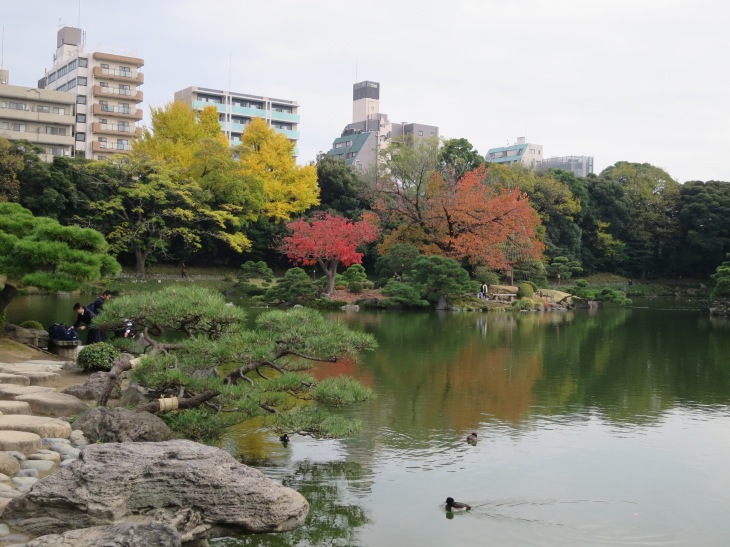 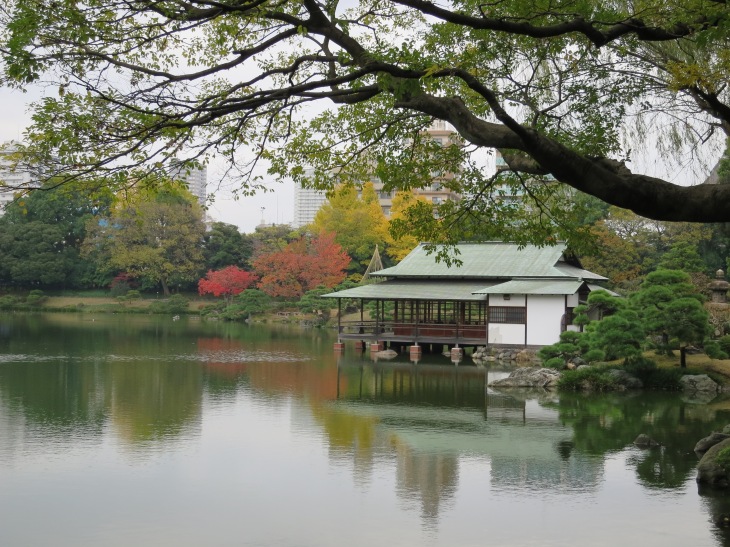 In 1878 (Meiji period), Iwasaki Yataro, the founder of Mitsubishi, chose this site to construct a garden, which will be later used for recreation for his employees, and for entertaining important guests. The garden first opened in 1880 and was called Fukugawa Shimbokuen then. 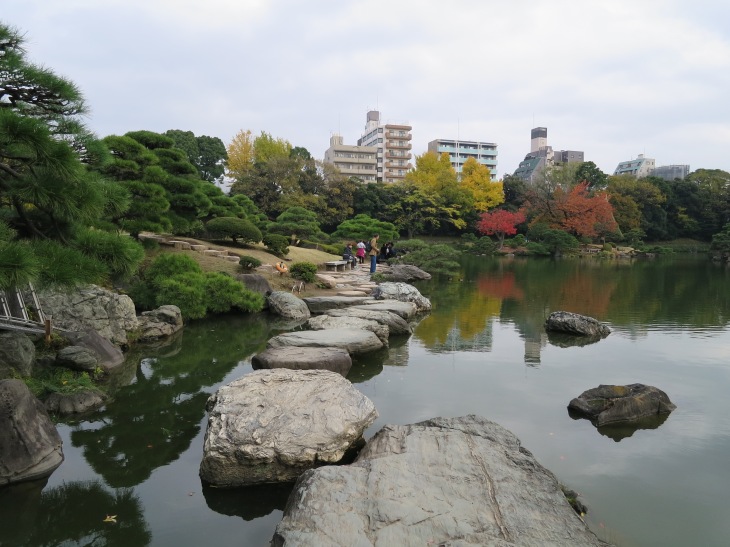 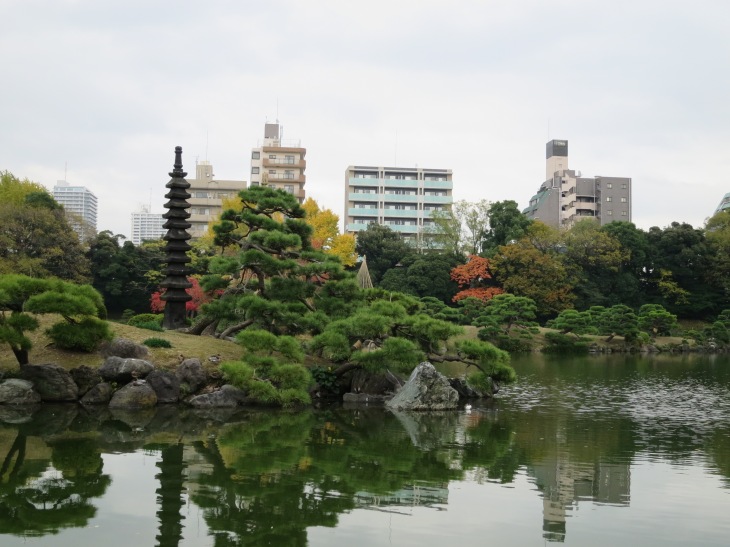 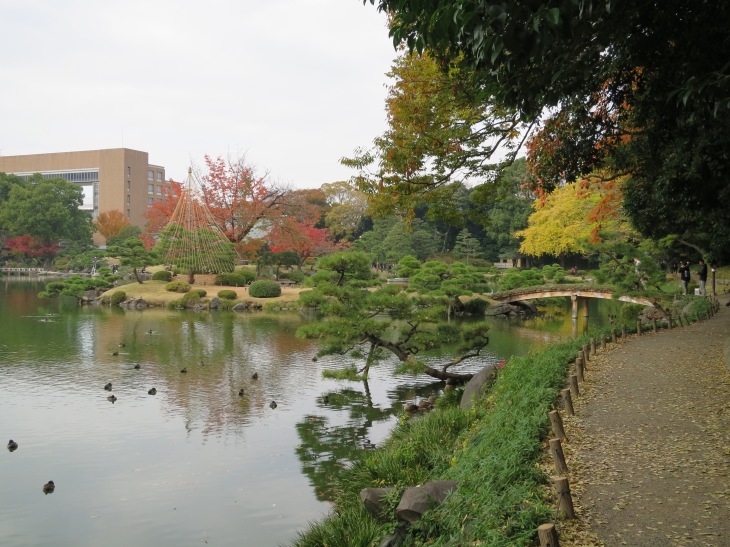 Later on the pond, a major feature of the garden today was formed with the waters from the Sumida river. Adding on to the garden were man-made hills and dry waterfalls, and most importantly famous stones from around Japan.

Part of the site was donated by the Iwasaki family to the City of Tokyo after the Great Kanto Earthquake, and was opened as Kiyosumi Teien in 1932 after completing its restoration works. 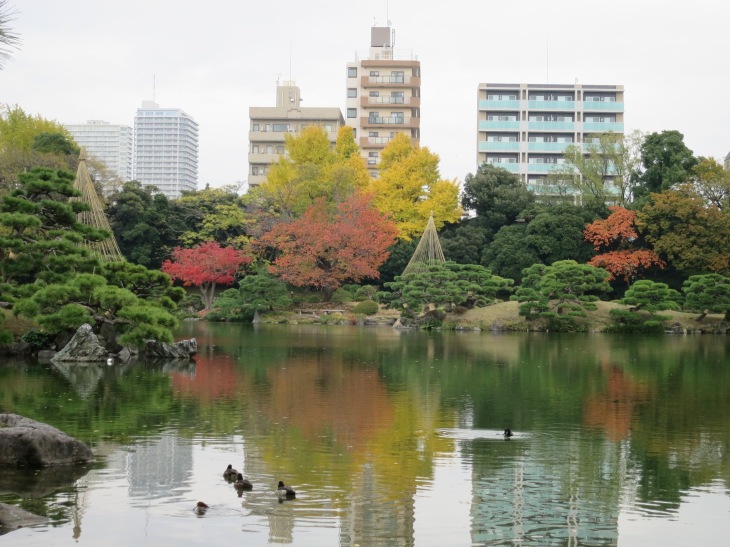 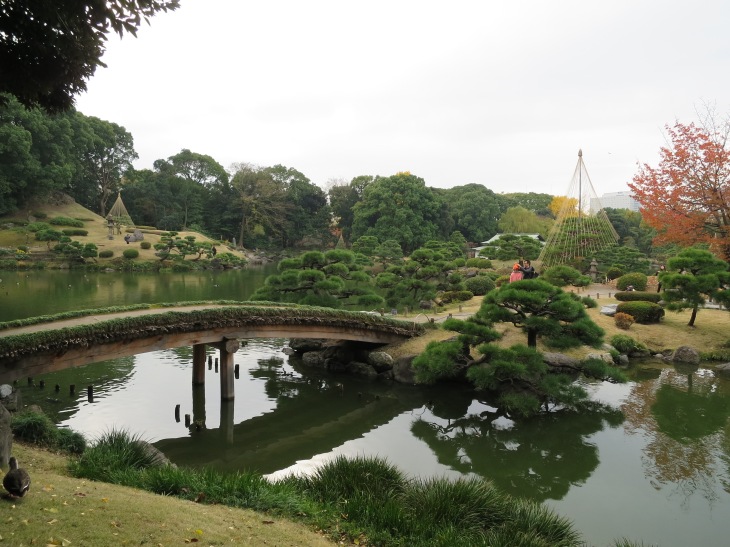 The major feature of this garden is the large pond (Dai-sensui), with three islands and the background of buildings. In the olden days, the pond’s source of water was the Sumida river, thus the water level changes in accordance to the tides in Tokyo Bay. Now, the source of the pond is rainwater. 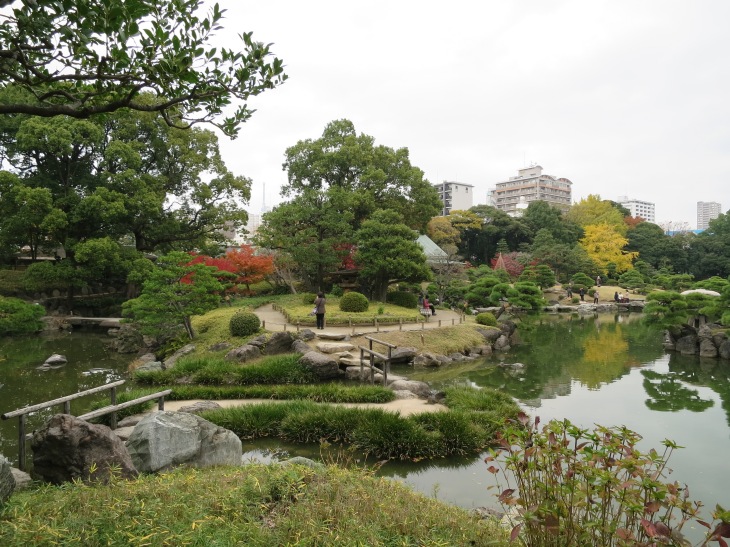 Next is my favorite part of Japanese gardens, iso-watari. These are stepping stone pathways, which allows a closer look to the Koi-fishes in the pond, the ducks and other birds around the hills, and seeing the reflection of the scenery on the surface of the pond. 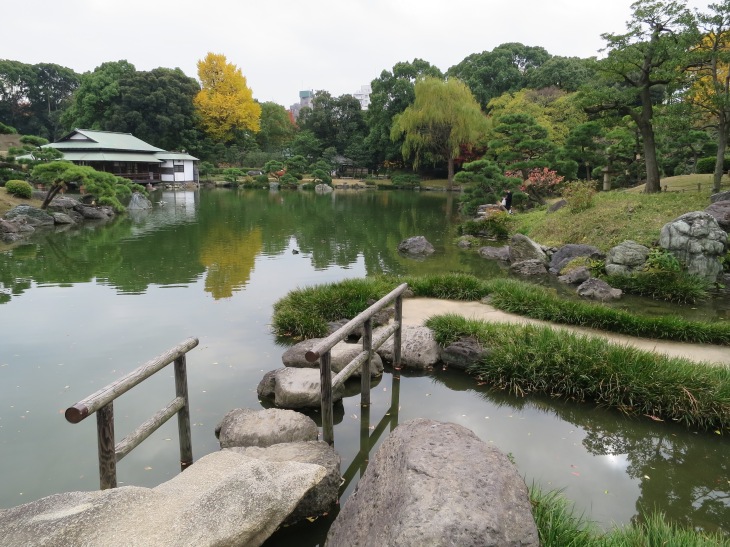 There is also a Fuji-san here, the highest man-made hill in this garden. In May, the hill is covered with azaleas and thus is also called the azalea hill. 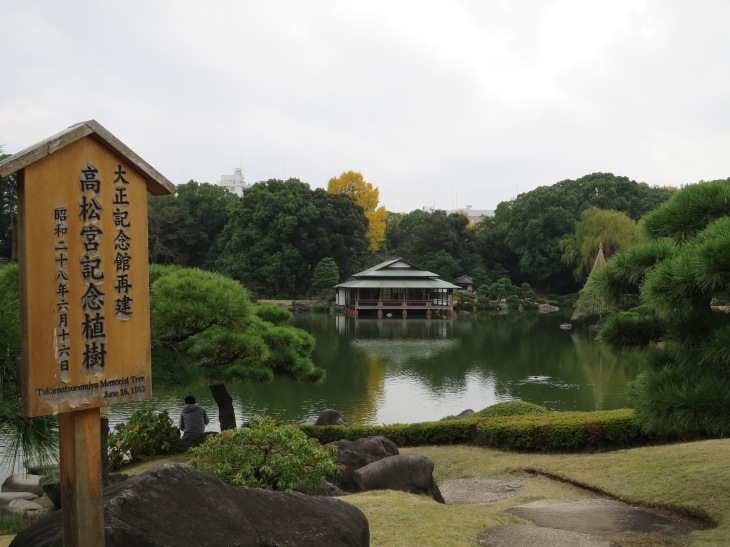 Near the entrance is the Taisho Kinenkan, a funeral hall used for the late Emperor Taisho.

Further into the iris garden (blooms in June), you will find a stone monument of famous Edo poet Matsuo Basho’s haiku, which reads “Furu ike ya, kawazu tobikomu, mizu no oto / 古池や蛙飛びこむ水の音” (an old pond, a frog jumps in, the sound of water). 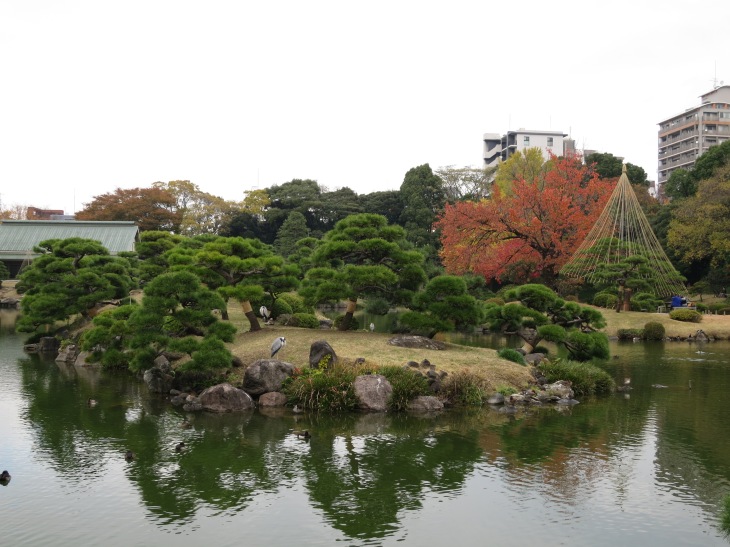 The teahouse seen on the pond is called Ryotei, built by the Iwasaki Family in 1909, and was later renovated in 1985. 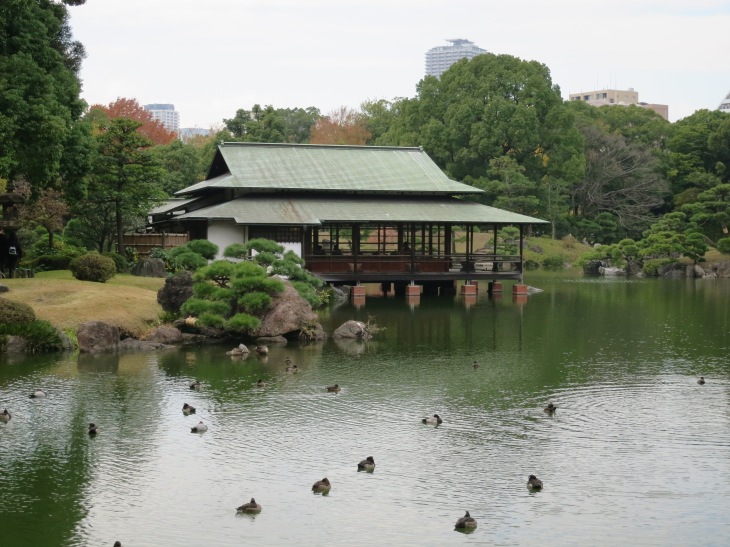 Kiyosumi Teien was a refuge area during the Great Kanto Earthquake in 1923 and the bombings in Tokyo in 1945. 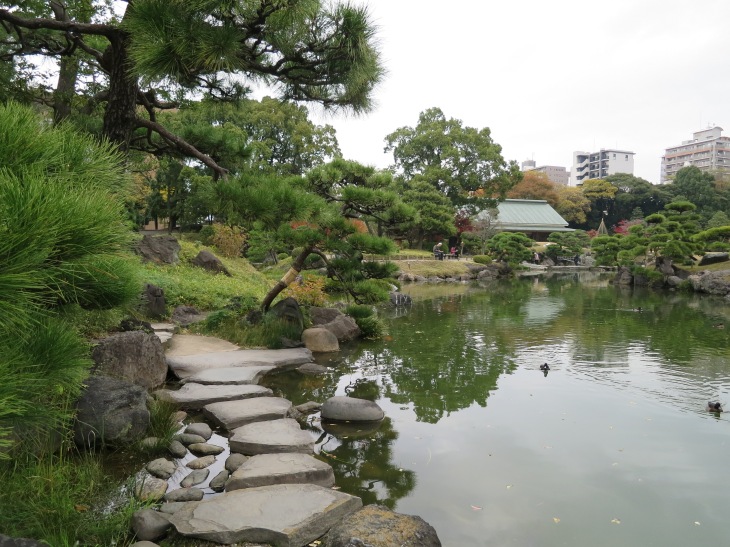 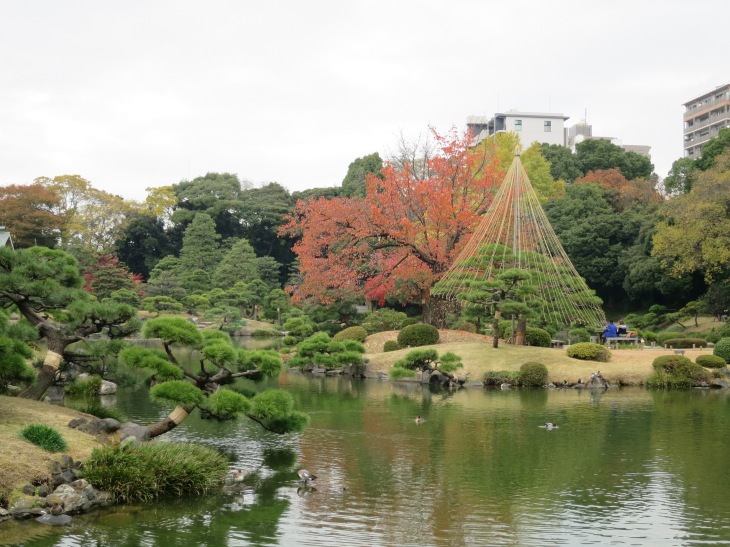 The garden is pretty small if compared to the likes of Rikugien or Hama-Rikyu, but I love it nonetheless especially as it was not crowded. I spent close to an hour and a half strolling in the garden. 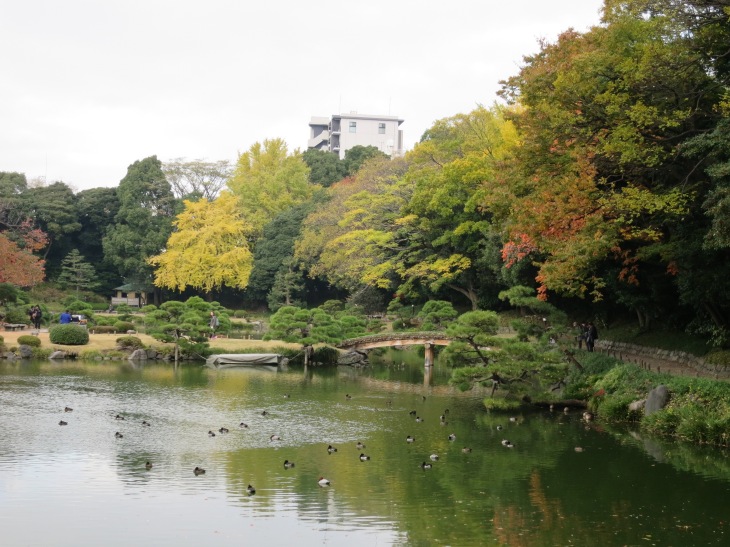 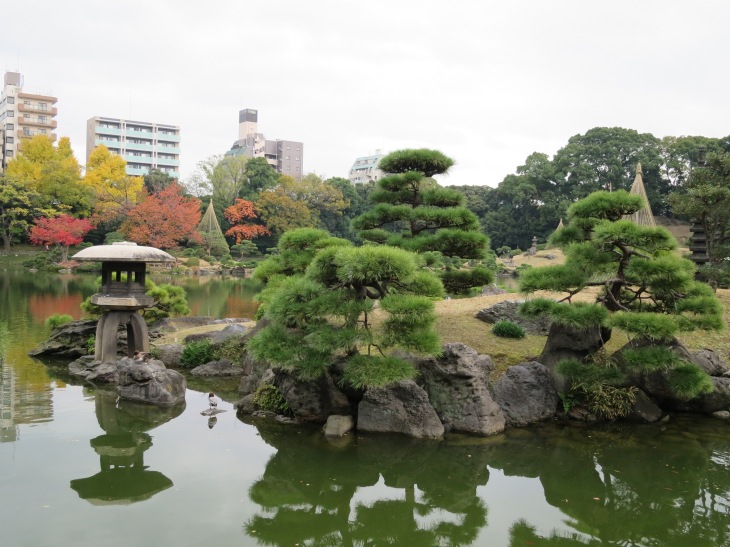 Guided tours in Japanese available for free during weekends and Public Holidays @ 11 a.m. and 2 p.m.

Kiyosumi Teien is a 5 minute walk from the Kiyosumi-Shirakawa station, on the Hanzomon or Toei-Oedo subway lines.