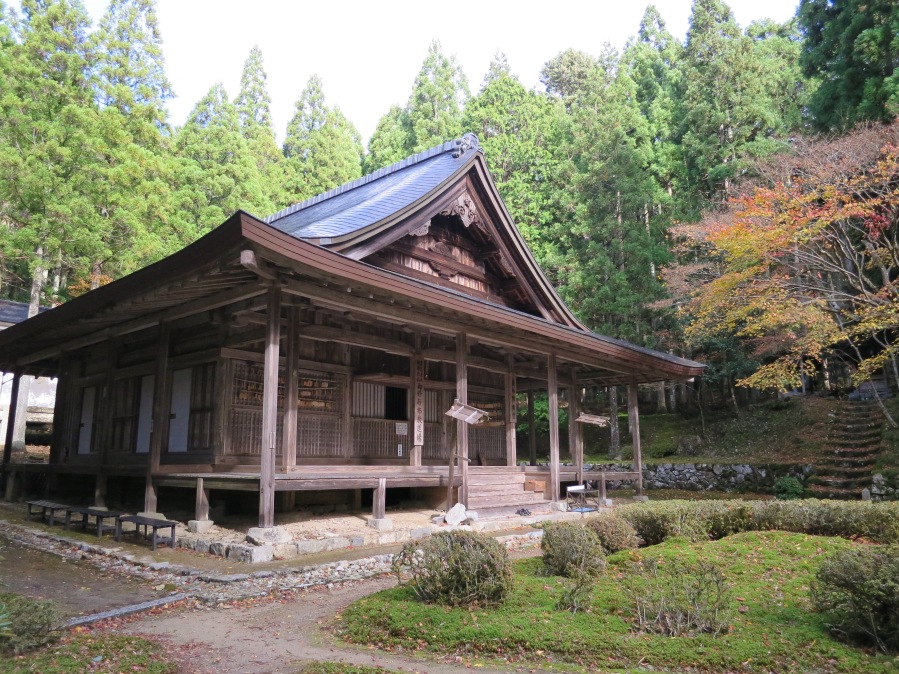 Autumn this year was colder than usual, and I was worried that the leaves were already falling in the higher elevations. Based on autumn reports from Japan Guide, I forecasted that Ohara will still be in their peak colors, roughly a week after Japan Guide reported that Sanzenin was in the peak colors.

Lets leave Sanzenin for another day. After all, the much celebrated temple is receiving the attention it deserves. For the record, I did visit the temples around Sanzenin first, then only to Raigō-in.

Raigō-in is about 10-15 minutes away from Sanzenin. Walking to the temple, it was apparent that the temple is less visited as we barely saw other tourists.

Raigō-in is a Tendai-sect Buddhist temple built in the 9th century by Ennin (or Jikaku Daishi), an abbot at Hiezan Enryakuji. The temple was built as a dojo for monks practicing Shomyo, a form of Japanese Buddhist chanting, which was brought to Japan by Ennin.

The temple deteriorated and was later rebuilt by the monk Ryonin in 1109, who continued the Shomyo practice. A CD of the Shomyo chanting is available for purchase at the temple’s reception counter.

The temple looks empty as all of its buildings were destroyed in fires from the Onin War, except its main hall and the belfry, which dates back to the 16th century. You could really feel the age of the main hall, which enshrines Gautama Buddha, Amitabha and Bhaisajyaguru or Yakushi – the Buddha of Healing.

It was very peaceful and I had the time to appreciate the beauty of the Buddha figures and the ceiling’s paintings which was of Buddhist angels.

I read about the waterfall called Otonashi-no-taki (soundless waterfall) nearby the temple and asked the monk about it at the reception, which he said was 10 minutes away. Another tourist came along with us, as she was told not to go there alone when she was previously walking towards it.

While there were some signs in romaji (roman letters) pointing towards the waterfall, as always in Japan, try to remember the Kanji (or write it down) of your destination when going into the forest / hiking. As you go further away from civilization, romaji tends to disappear. 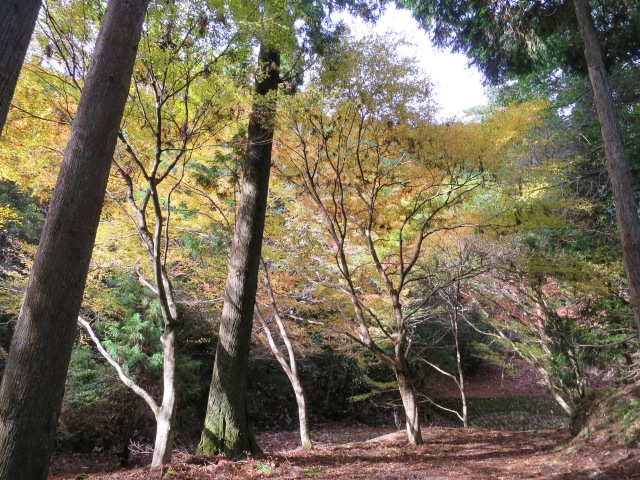 The story behind the waterfall’s name was that Ryonin was chanting the Shomyo here so well that the sound of the waterfall and his chanting became one, resulting in, well – a waterfall without sound.

The waterfall is very short, at about 10m tall. Clearly, we could hear the sound of the waterfall.

There was a path going towards Hiezan nearby which would take 4 hours on foot. Makes sense as Raigoin is also a sub-temple of Enryakuji.

I love hidden gems like this. Raigō-in is not exactly hidden anyway. It is a mystery why people shy away from this temple. I really enjoyed my time there.

Entrance to Raigō-in is 400 yen, it opens from 9 a.m. to 5 p.m. It is possible to picnic near the waterfall, there was a group cooking their lunch when I was there.

Depending on where you are coming from, the Kyoto Bus No. 16 or 17 will get you to Ohara Bus Stop (about 50 minutes from Central Kyoto). The one-day bus pass cannot be used to get to Ohara. From there, Raigō-in is 15-20 minutes away on foot.

Thanks for reading and Happy New Years!