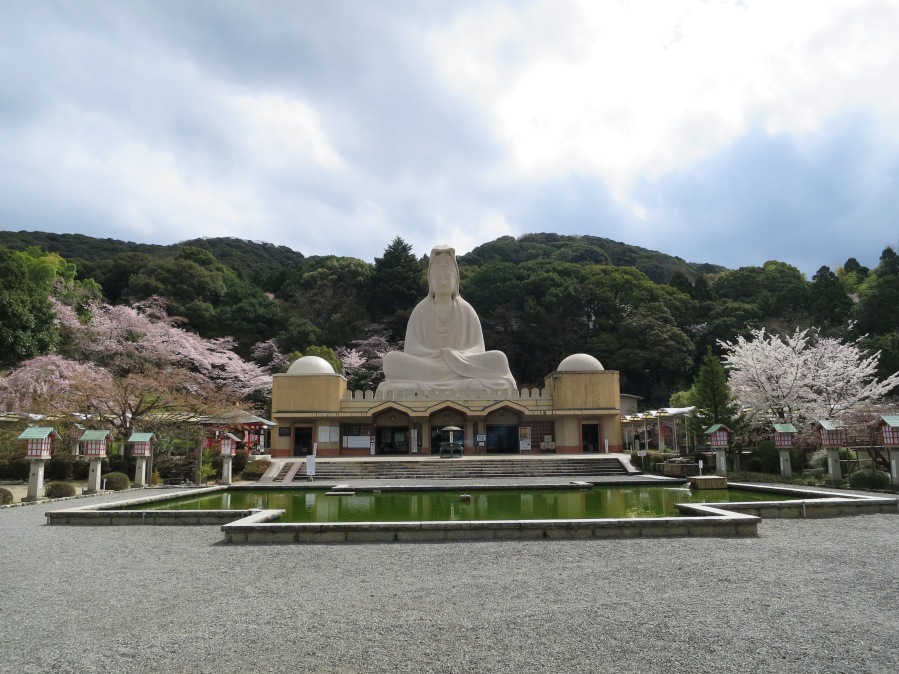 I was walking from Kiyomizu-dera to Kodaiji when I stumbled upon this large Kannon (Bodhisattva Avalokitesvara) statue surrounded by sakura. Intrigued by the sight, I decided to make a stop here before heading to Kodaiji. 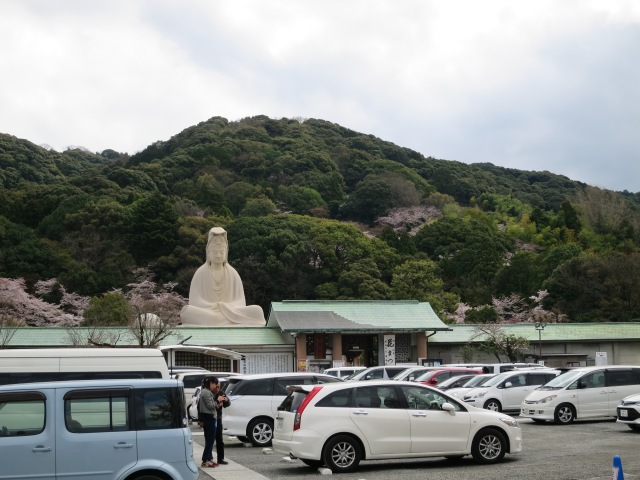 The entrance fee is only 300 yen, and you will be given an incense stick to be placed in the pot right before the main temple.

Ryozen Kannon Temple is a war memorial for the soldiers who were lost on both sides of World War II. The statue was built by Ishikawa Hirosuke and was presented in 1955. In the temple below the 24m statue, you will see the Juichimen Senju Kannon / Bodhisattva Ekādaśamukha (Eleven-headed Kannon) enshrined here, surrounded by 28 disciples. Both Raijin (God of Thunder) and Fuujin (God of Wind) are also enshrined here.

The sakura around the temple was splendid, and the lack of crowd here made it easier to admire the scenery. 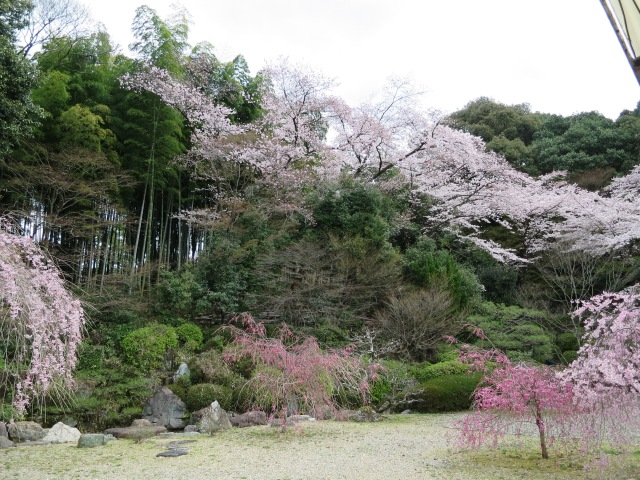 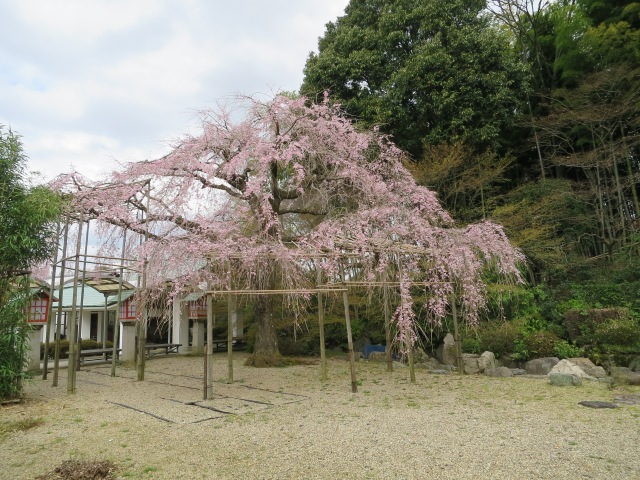 There is also a stone imprinting Buddha’s foot as seen below.

In front of the Buddha’s footprint stone is the Aizen Myo-o Hall, enshrining Ragaraja, one of the five Wisdom Kings, the deity known to turn lust into enlightenment. Some refer Aizen Myo-o as the God of Love too, thus some people pray here in hopes of success in love or marriage. 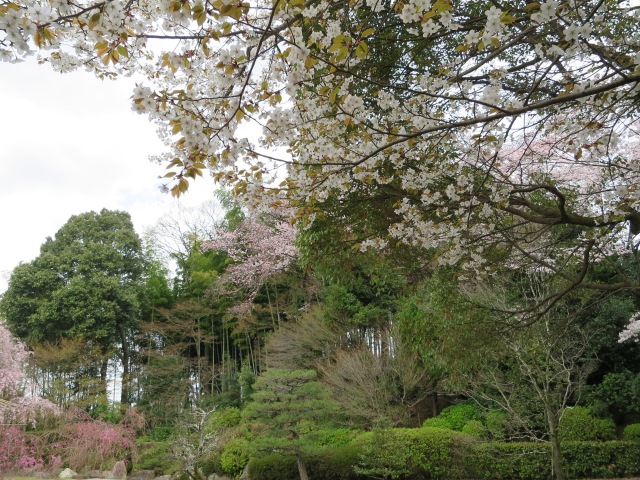 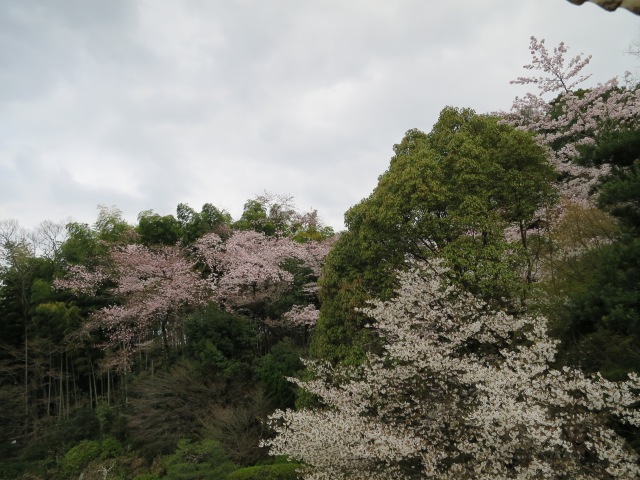 At the back of the Kannon, there is a staircase which will allow you to enter the Kannon statue. Inside you will see the twelve zodiac sign in the image of Kannon. 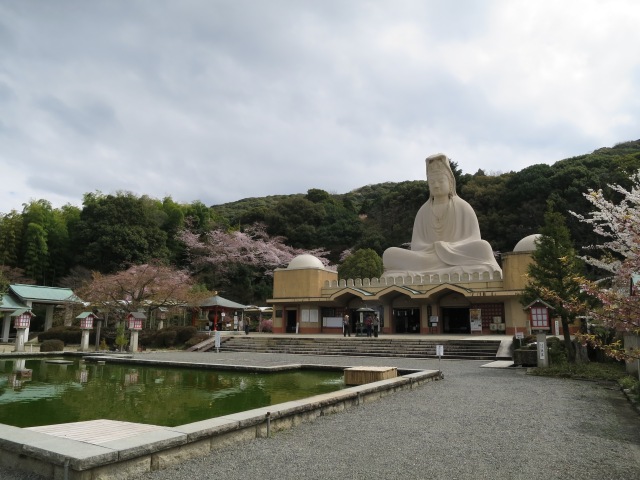 The temple reflects on the aftermath of war – the loss of lives, and to value peace.

Ryozen Kannon is just next to Kodaiji.

Bus stops nearby are:

If you do not want to take the bus, alight at these stations: