On my way back from Muroji, I stopped by Onoji / Onodera (大野寺), a Shingon sect temple which was said to be built by En no Gyoja, the founder of Shugendo in 681. 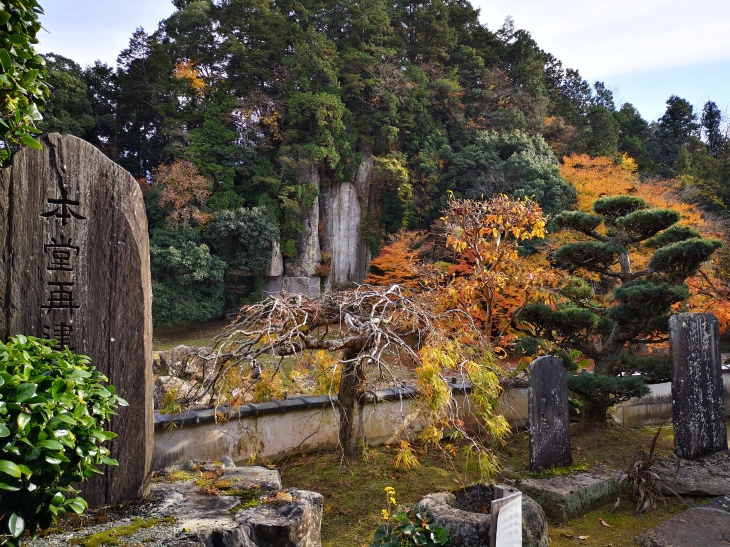 The main hall houses a wooden Jizo statue called the “Migawari Jizo” (Scapegoat Jizo) due to its legend in which it saved an innocent girl who was sentenced to death via burning at the stake.

Onoji directly faces a cliff-carved statue of Miroku Magaibutsu along Udagawa which dates back to the 13th century. The statue was built by the orders of Emperor Go-Toba (82nd Emperor of Japan) and stands at 13.8m. The carving is not entirely clear (unless when zoomed-in), but is said to be especially clear during sunset.

Onoji is also popular during the sakura season for its two 300 year-old weeping cherry blossom tree, which typically blooms between early to mid April.

I was here in autumn but it was also lovely to see the temple amidst the maple leaves.

Admission fee: 300 yen (the Miroku Magaibutsu carving can be seen without entering the temple)

Onoji is just a five-minutes walk away from Muroguchi-ono Station and makes a good combined visit with the famous Muroji. The Nara Kotsu bus travelling back from Muroji passes Onoji before reaching Muroguchi-ono station.