I arrived in Matsumoto (Nagano Prefecture) the day before and stayed at Matsumoto-REI Hotel (unfortunately it is now closed, but there are still LOTS of hotels near the bus terminal), which was conveniently located within 5 minutes from the Matsumoto Train Station, and the Matsumoto Bus Terminal. There are various ways of getting to Kamikochi, and I had planned on riding the Alpico bus from Matsumoto Bus Terminal as early as 5.30 a.m. The staff at the bus terminal counter told me that the ticket cannot be bought a day earlier though (strange) and said that I could buy it on the day itself as the ticket counter opens at 4.45 a.m.

The next morning, I had a couple of sandwiches I bought from the convenience store the previous night and headed to the bus terminal at 5 a.m. As I was planning on returning to Matsumoto station later, I left my large backpack at the hotel upon check-out (benefit of staying near to the train station!).

There were probably about 10 of us on board, and a few more boarded the bus at Shinshimashima Bus Terminal. The first main stop was Taisho Ike, an hour and a half from Matsumoto Bus Terminal. I alighted here.

Kamikochi, located in the Hida Mountain Range (Northern Japan Alps), is part of the Chubu Sangaku National Park. You would hear the rules (e.g. do not feed animals, do not take plants / wildlife home) in the bus when arriving the park. It is only open from mid April to mid November (check the exact date before going) and please note that private cars are prohibited from entering the park.

Taisho Ike or Taisho Pond was formed back in 1915 when Yakedake erupted and the lava blocked the Azusa river, forming Taisho Ike. Yakedake is the most active volcano in the Hida Mountain Range.

The pond was named Taisho Ike as the eruption which formed the pond occurred during the Taisho era. 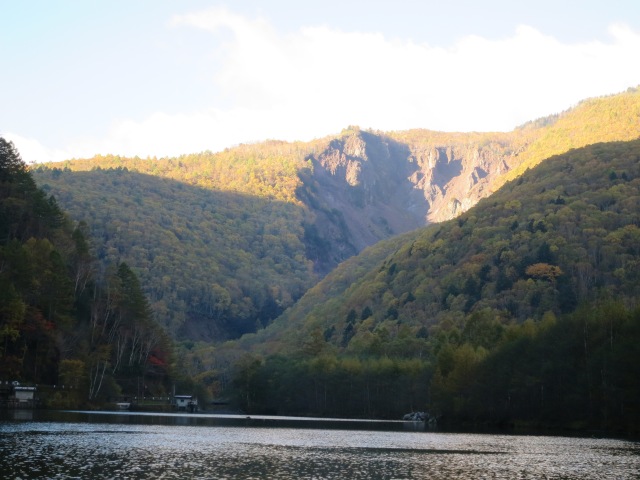 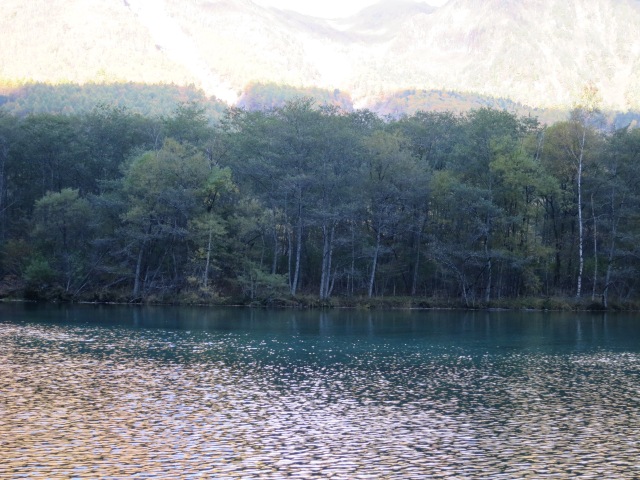 The withered trees in the pond creates a unique sight, and serves as a remembrance of the eruption. 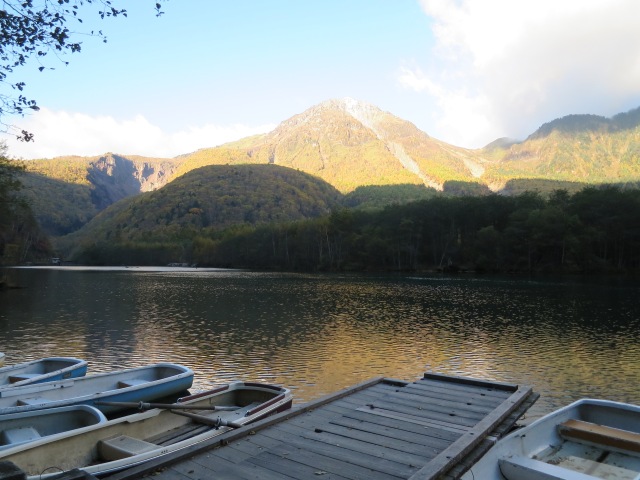 Taisho Ike is the starting point of the hiking trail to the Kappa Bridge / Kamikochi Bus Terminal area. After refreshing myself in the washroom, I started the hike, which turned out to be rather quiet. I had prepared to see a large crowd after hearing how popular Kamikochi is during the autumn season.

The hike to Tashiro Ike only took 30 minutes. Tashiro Ike is surrounded by marshlands and the pond continues to shrink due to the erosion from Kasumizawadake.

Did I say that Kamikochi is home to black bears? There were signs of bear sightings back in August!

The autumn foliage around the Azusa River trail was exceptionally beautiful. 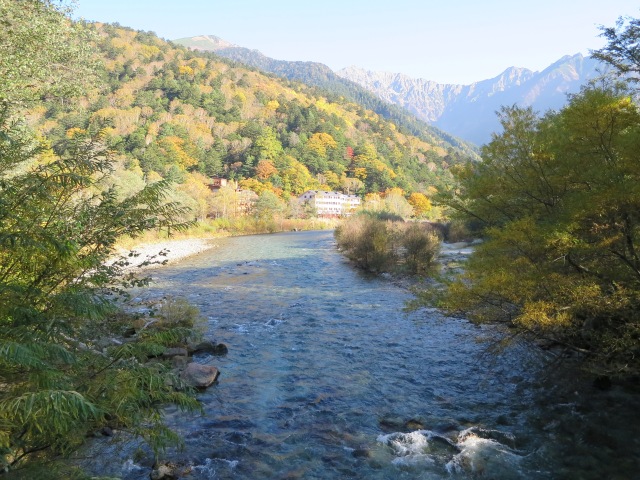 The clear river lined by color-changing leaves calls for frequent stops to admire the beauty.

Several mountains of the Hida Mountain Range can also be seen along the trail. 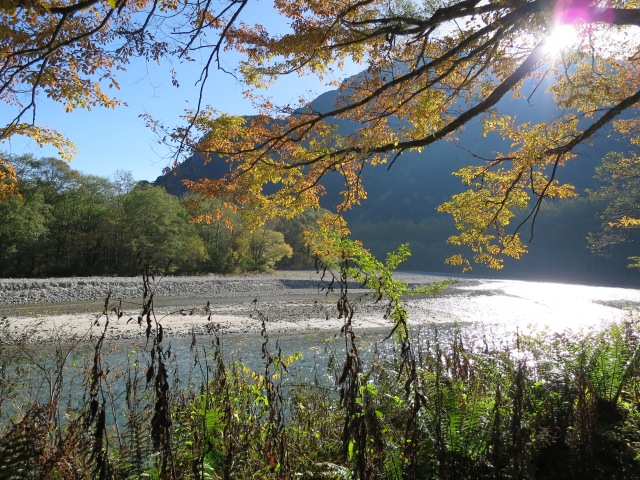 The Part II of the Kamikochi post would include Kappa Bridge and the hike to Myojin-ike, plus a summary of access options to this not-to-miss national park.

6 thoughts on “Leisure Hike in Beautiful Kamikochi, Nagano (Part I)”