Tojinbo are cliffs along the Sea of Japan, which can be reached in less than an hour from Fukui Station. I left Fukui Station for Awara Onsen Station which is 16 minutes away on the JR Hokuriku Line @ 320 yen. You can get on the JR Shirasagi or JR Thunderbird which will take 10 minutes, but will cost 1390 yen which will be nothing if you have a JR Pass. The 6 minutes difference is nothing, so off we go on the local train. From Awara Onsen Station, hop on the bus towards Tojinbo which will cost 750 yen and takes 40 minutes to reach.

The street towards Tojinbo from the bus stop was filled with shops selling fresh seafood and souvenirs. The seafood looks appetizing but as I had my lunch just before coming here, I held myself back. 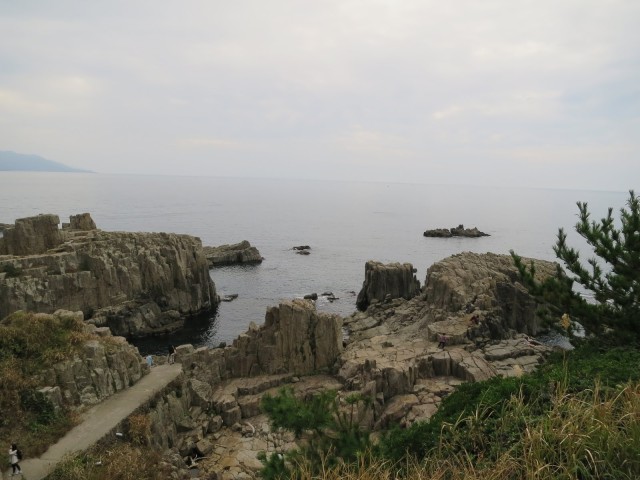 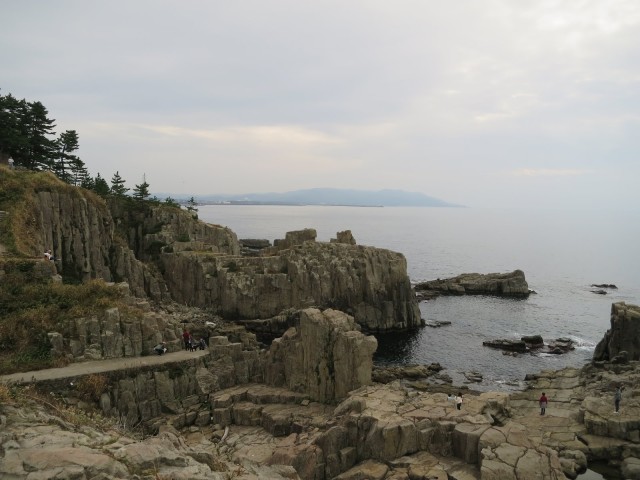 You can see different views walking down and up the cliffs. But be careful! 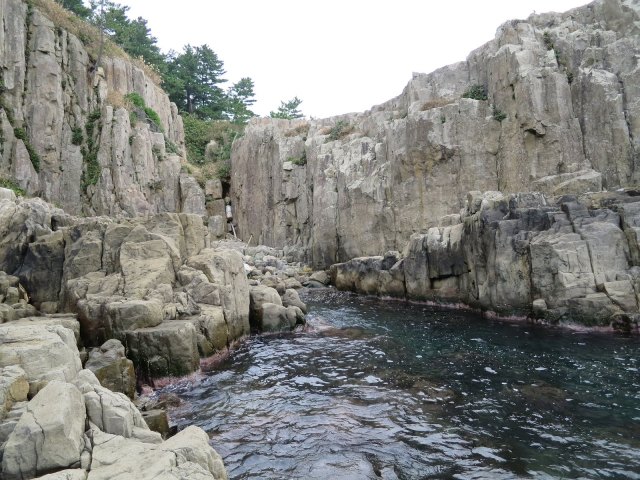 For those who dare to climb up, remember you would have to go down! Well, there was even a girl on heels, but you’d better off not doing that.

There is a 30 minutes pleasure boat.

While walking back to the bus stop, I could not resist the freshness of the seafood and ate another meal within 4 hours from the last. I did not regret that decision.

Overall Tojinbo was a good visit. It was picturesque and I had fun walking along the cliffs. Most importantly I conquered my fear of going near the sea.

Bonus: Remember Chihayafuru when in Fukui! Yes, hear them speak like Arima in that dialect!