After the seemingly long walk along Osuka Beach was the Shirahama swimming beach, where I most probably saw the surfers I mentioned in my last post. There are washrooms and sitting benches here, making it a good place to take a break. I used the facilities here to get rid of the sand that got into my shoes while I walked along the beach earlier. The Mutsu-Shirahama Station is also just about 10 minutes away if you are planning to end / start your hike here.

Then, I came upon the Fukakubo Fishing Harbour Area which left me confused due to the gate fences which made it look like it was impossible to pass through. There were signs in English indicating that hikers are allowed to pass through and the people around there were also telling me that it was okay to go ahead, so I did. There was a small boat here that survived the 2011 tsunami which was a solemn reminder of the lives that were lost during that disaster as I looked at the vast ocean in front of me.

Passing the fence, I was headed for Cape Tamurazaki, where you can see steep cliffs and rocky reefs from along the edge of the path. I have read that in summer, the footpath is lined by street stalls selling charcoal-grilled seafood. There are benches along the cape as well, so plentiful opportunities to rest. 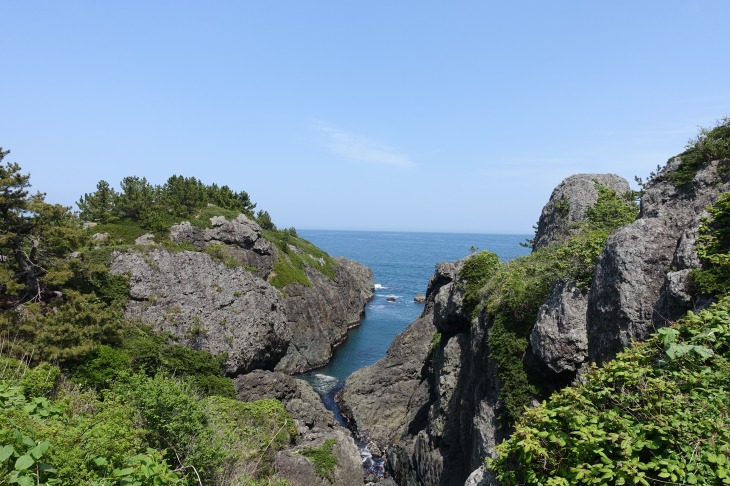 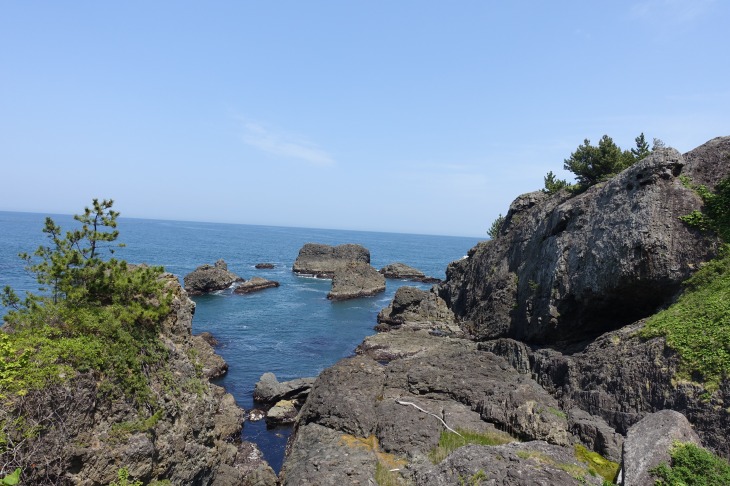 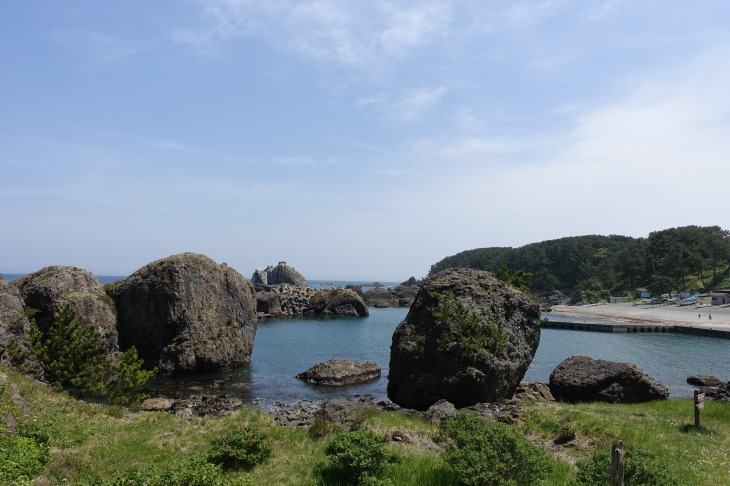 At the end of the cape, I was back at another fishing port which was still part of the Fukakubo Fishing Harbour Area. There’s a rest area and a washroom here as well.

Next, I started seeing the 20-meter-tall Shiraiwa Rock, literally White Rock due to its white appearance from the droppings of cormorants (yuck). If I did not know how it became white, I think I could have appreciated the beauty of this boulder more.

Stay tune to my final post in this series next week, where we have a look at Yodo-no-Matsubara and the Tanesashi Natural Lawn.

The start of the Michinoku Coastal Trail – Same Station can be accessed via the JR Hachinohe Line. It takes only 25 minutes (240 yen) from Hachinohe Station to Same Station. The Mutsu-Shirahama Station mentioned above is just one stop away from Same Station.

If you are not keen on walking and just want to visit certain spots along the trail, you can take the one-coin umineko bus which runs from Same Station to Tanesashi Kaigan Station everyday between mid April to mid November (only during weekends and holidays in winter). The bus details are in this page including the timetable.