Back in 2017 while waiting for the bus to Tanzan Shrine, I received a well-made booklet called Yamato – Unknown Origin from the tourist information centre in Sakurai Station. The booklet definitely inspired me to explore more of Sakurai as evidenced by my visits to Abe Monjuin and Onoji in 2018. I strongly recommend having a look at their website as there is really more to Nara than just Todaiji and the deers. 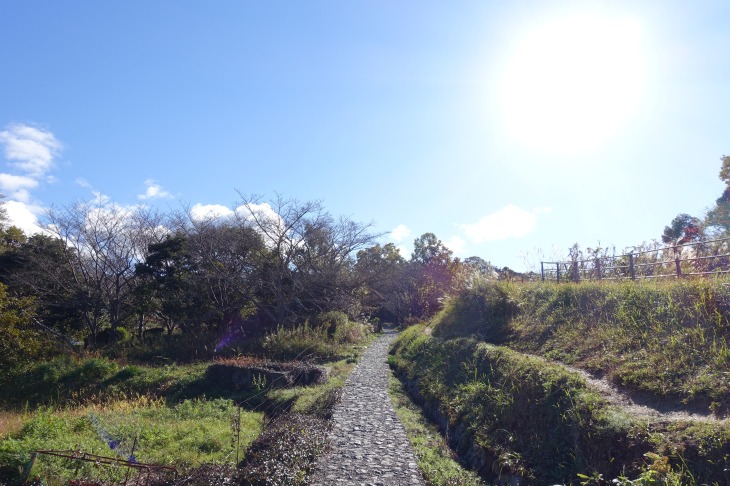 Yamanobe-no-michi (Yamanobe Road, 山辺の道) has long been on my list and the description and pictures in the booklet essentially sealed my decision to take the pleasant hike along what is said to be the oldest road in Japan. The road was originally part of the Shinkaido which runs from Hasedera to Edo (modern Tokyo) and was mentioned in the Nihon Shoki, one of Japan’s oldest historical records. 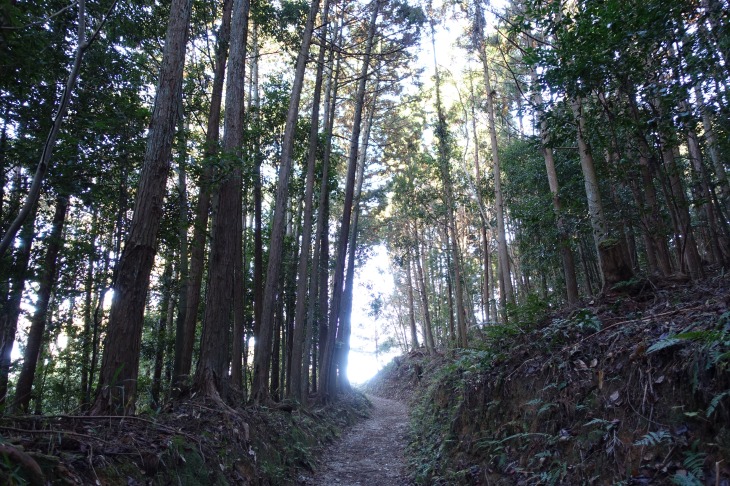 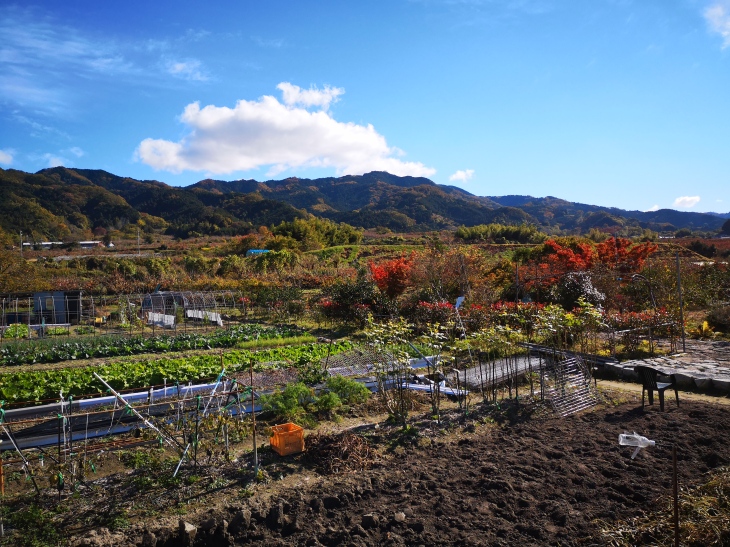 The road connects Mount Miwa in Sakurai and Mount Kasuga in Nara and Japan Guide did a brilliant coverage on this, going all the way from Kasuga Taisha to Omiwa Jinja for a total of 35km hike in 2 days. However, most people start their hike at either Isonokami Jingu or Omiwa Jinja and ending at the other. The roughly 11km hike can easily be done within half-a-day depending on your speed and how long you spend at the shrines, tombs and other sites along the road. In my case, I started as early as 7 a.m. at Omiwa Jinja and finished at around 12.30 p.m. at Isonokami Jingu though I did skip the tombs.

Generally, this was a rather gentle hike, without much slopes or steep hills. A good pair of walking shoes will be sufficient to get you through this hike. Try to bring snacks as restaurants are only a few along the way. I only brought one bread so I was really starving by the end of the hike! There are vending machines along the trail, so water is not a concern. There are also quite a number of public toilets along the trail.

The trail passes by the countryside, which was great as I love the scenes of Japan countryside. Also, there are a number of fruits and vegetables stalls along the trail here, which is usually unmanned so you just need to put the money in the box placed there to purchase the produce. Mikan and persimmons were particularly abundant during my visit here in late autumn. 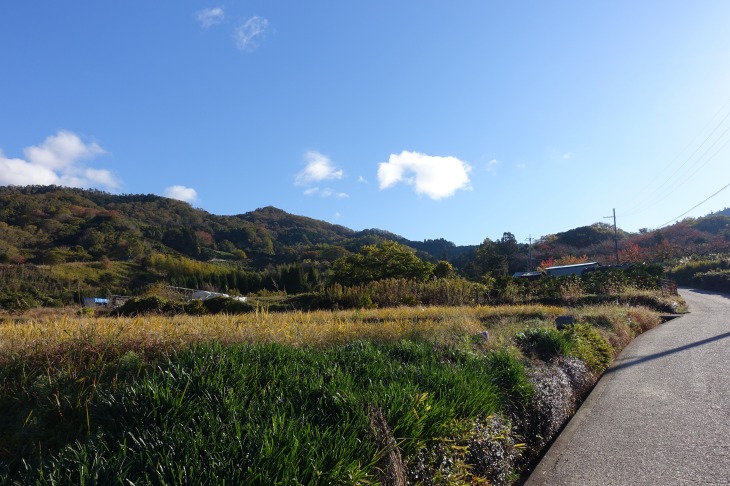 Although you should start the hike from Sakurai Station, I cheated a little and took the train to Miwa Station, where Omiwa Jinja was just 10 minutes away instead of 30 minutes from Sakurai Station. Omiwa Jinja is said to be the oldest shrine in Japan where Mount Miwa which lies at the back of the shrine is being worshipped as its shintai (deity). The haiden (worship hall) was reconstructed in 1664 which is where worshippers offer their prayers at. The roof of the haiden is made of hinoki (cypress) and built in the style of kiruzuma-zukuri, taking the shape of a mountain.

Omiwa Jinja is particularly noted for not having a shinden (inner shrine) where the shintai (deity or object of worship) is housed since its deity is Mount Miwa. Mount Miwa is worshipped through the mitsu-torii (triple torii gates) which is ancient and rare, however visitors must request via the shrine office and be guided by the priest in order to view this. Omononushi is the god venerated at Mount Miwa and Omiwa Jinja was said to be built following a dream seen by Emperor Suijin where the god requested a shrine to be built at the foot of Mount Miwa in order to stop a plague that was affecting the country at that time. 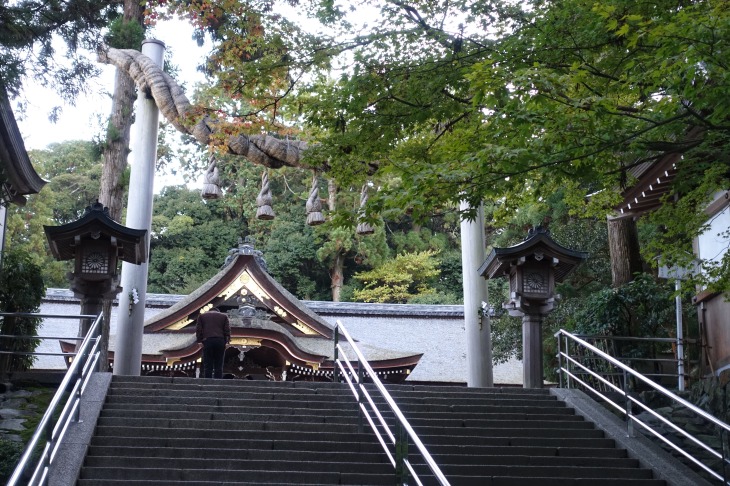 Omiwa Jinja was also the ichinomiya shrine (first shrine, shrine with the highest rank) for the former Yamato province. The shrine is particularly famous among Japanese sake brewers. The shrine also has a legend around a white snake (Omononushi is often associated with snakes) and thus the snake is also one of the objects of worship here, with offerings of eggs and sake.

Although sacred, it is possible to climb Mount Miwa, however with the following conditions: no drinking, eating, photography, and mobile phones usage. The hike will only take one hour each way. For foreigners, you are required to be accompanied by a Japanese guide, or able to speak Japanese fluently and must carry a cell phone with regular Japanese service. 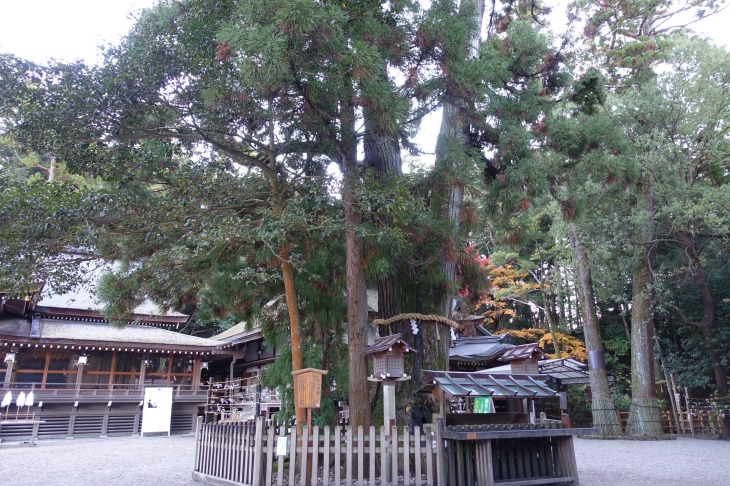 The rest of the shrines and temples explored along my Yamanobe no Michi hike will be covered in Part 2 which will be published next week.

Opening hours and admission for the rest of the shrines and temples will be covered in Part 2.

Other great blogs covering this: