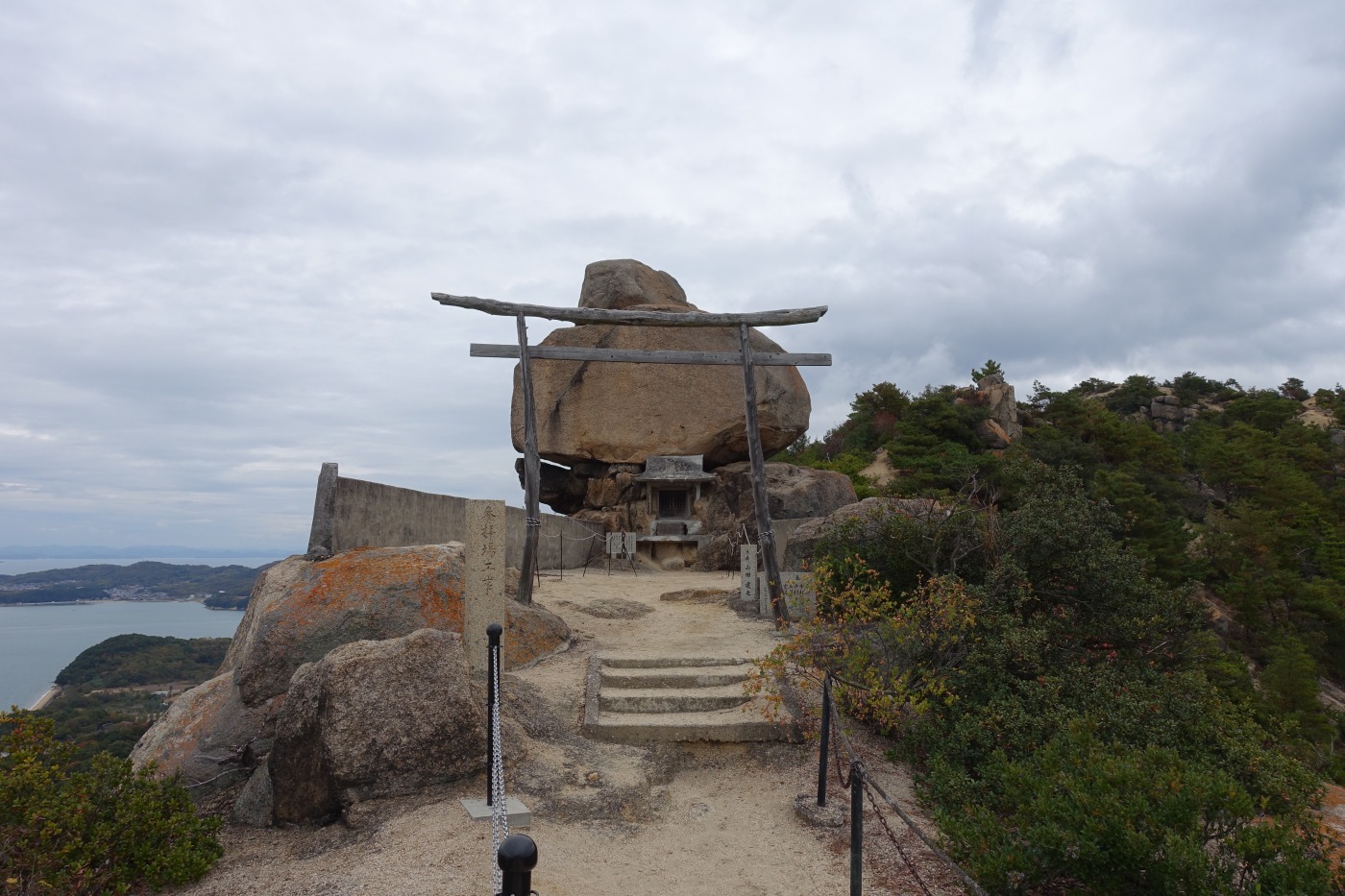 So this marked my first step in the Shikoku Region – how exciting. My experience in Shikoku has been very pleasant – the people were very warm and friendly, their seafood and other local produce were delicious, and the view of the Seto Inland Sea from this region is amazing. I did not spend much time in the region though, with having only explored Shodoshima and Takamatsu; so I can’t wait to return to this region again in the future, which unfortunately might not happen until 2021.

My first stop was Shodoshima, via the ferry from Okayama. I think I’m slowly overcoming my fear of the sea. In the past, I would try my very best to avoid any sea transportation; and when I am forced to, I would surely stuck myself away from the view of the sea. This time however, I happily chose a window seat and even went out to the observation deck to capture the beautiful shots of . . . birds?? 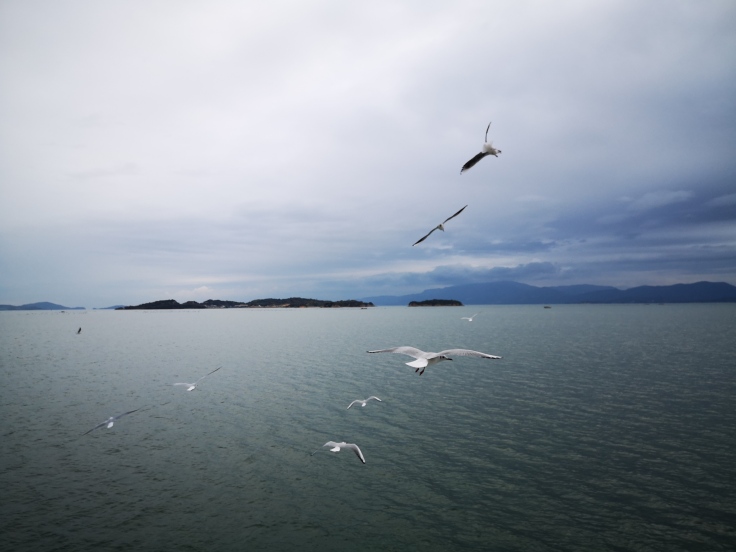 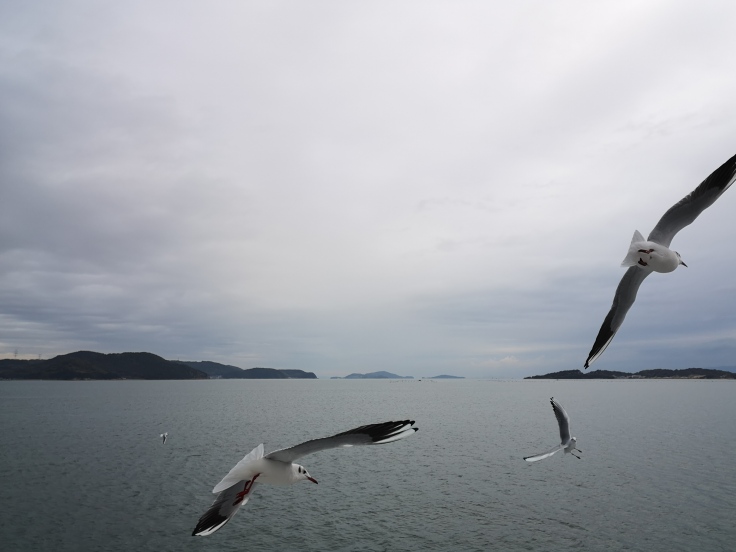 Okay, enough about that.

Public transportation around Shodoshima can be a bit tricky – while buses in some of the more popular areas are more frequent, some places are not served by buses at all. Considering my itinerary which includes some REALLY off-the-beaten paths, I went for the rental car option. I was surely glad I chose the rental car over a bicycle as some of the places I visited required going through really long stretches of mountain roads.

My first stop was Kasaneiwa (重岩) in Kose, Tonosho. It was a weekday morning and there were only two cars parked when I arrived at the parking space. I was immediately presented with this shrine down here, called Kose Ishizuchi Shrine before the flight of stairs. Occasionally turning around to gaze at the sea before me and the smaller islands around, I could not help but to feel excited of seeing these rocks!

When I thought I had reached the end, I was presented with a rocky path with only a chain to hold on to.

After climbing up for about 5 minutes, I finally saw the famed pile of rocks called Kasaneiwa, which are not known to have been formed naturally or not even by the locals. It is truly a wonder, how these boulders or rocks were piled on top of each other. Kasaneiwa is also known to be one of the top power spots in Shodoshima – I wouldn’t argue with that, the feeling of being on top of here is something else.

I was lucky to be alone at the top, taking my time to see everything around me and admire these pile of rocks. But the clouds did look a bit scary, I wondered how risky it was if a thunderstorm were to start. So after taking plenty of shots, I headed back down.

Kasaneiwa is a 20-minutes, 4km drive from Tonosho port. Note that the road up here is narrow, only allowing one car to pass at one time even though it is a two-way street. If you are using the car navigation system, type in Mapcode 364 782 899*30. If you are using Google Maps, copy this 小瀬石鎚神社 重岩 into the location. Alternatively, the map is shown below.

There are multiple ways to access Shodoshima, I suggest reading its official website or Japan Guide’s page to understand better. To note, my method of access was via the Shin-Okayama Port – Tonosho Port ferry route, which took 70 minutes @ 1,050 yen. This ferry departs rather frequently at every one hour or so. There is a bus from Okayama Station (Boarding No. 1, Bus no. 91/92) to Shin-Okayama Port (新岡山港), which takes 35 minutes @ 490 yen (buses departs every one hour or so, timetable is available in Google Maps). A combination ticket for both the bus and ferry is available @ 1,300 yen, which can be purchased at Okayama’s Bus Terminal or Tonosho Port.

15 thoughts on “Miraculously Balanced Pile of Rocks: Kasaneiwa of Shodoshima”